McColgan calls for new categories as Semenya row rumbles on 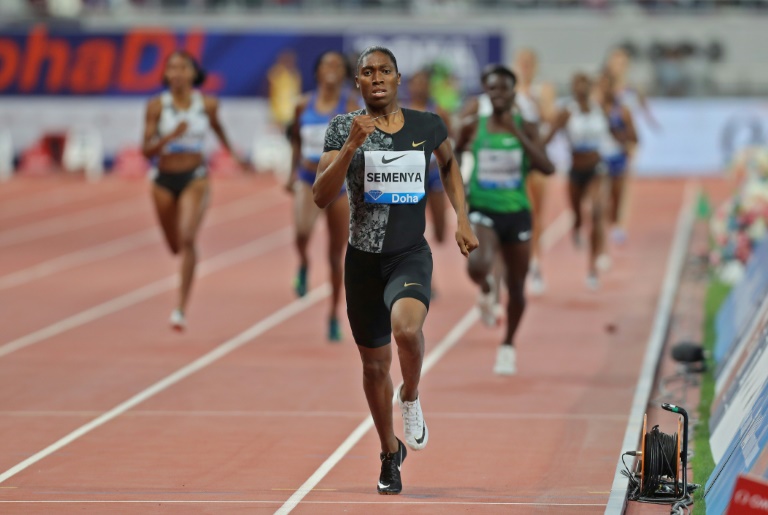 Semenya lost a court challenge against the IAAF over plans to force some women to regulate their testosterone levels. (Photo: AFP)

Former 10,000 metres world champion Liz McColgan has said there should be separate events for athletes with differences of sex development (DSD) and for transgender competitors following a controversial ruling concerning Caster Semenya.

This week South Africa middle-distance star Semenya lost a challenge against the International Association of Athletic Federations over plans to force some women to regulate their testosterone levels.

The Court of Arbitration for Sport's decision means that female athletes with elevated testosterone will have to take drugs that suppress those levels if they wish to compete as women in certain events.

The IAAF argued that athletes such as two-time Olympic 800 metres champion Semenya had an unfair advantage over others.

McColgan, whose daughter Eilish has run against Semenya, expressed sympathy but backed the 2-1 CAS verdict as a necessary ruling to protect the integrity of women's sport.

But the Scot also suggested Sunday that one forward would be to create new categories for some non-binary genders.

She also echoed concerns over Semenya being required to take drugs in order to continue running from the World Medical Association (WMA), which urged doctors not to enforce the new IAAF rules.

"I personally think (CAS made) the right decision but I think there are still grey areas that have to be ironed out," McColgan told BBC Radio.

"I do not agree that anyone should take any drugs to reduce testosterone because I'm a big supporter of a drug-free sport and I'd be a bit of a hypocrite if I said (Semenya) should take medication to suppress what is naturally high in her."

McColgan added: "A lot of people are making this out to be a Caster Semenya story and it's not really about Caster.

"There's a bigger area we're talking about and it's about future athletes and how we can protect women's sport.

"There are two categories -- there's men and there's women, and it's how do we protect women in sport and the future for that?

"That way it makes everything fair in the sport for everyone involved."

The WMA expressed about the possible extent of any side effects, chairman Frank Ulrich Montgomery saying it would be unethical for physicians to give healthy patients drugs solely to let them take part in major races.

"No physician can be forced to administer these drugs, and we definitely urge our colleagues to refrain from giving hormonally active medication to athletes simply because some regulations demand it," Montgomery said in an interview with the Australian Broadcasting Corporation.

Montgomery said that for women with DSD "it is just normal to be androgenic and there is nothing pathological about the situation of this athlete".

While not directly mentioning Eilish's position, McColgan said: "To be the best in the world, everyone's got to train hard and you've just got to stand on that line knowing that everything you do is for you to be the best athlete that you can possibly be.

"If you went on that start line and, especially in Caster's case, the athletes know that they're not going to beat them so they've just got to settle for whatever the best is that they can do."

Ed Warner, a former chairman of UK Athletics, disagreed with McColgan's call for new categories, saying Semenya should be allowed to continue running as a woman.

"To create a whole different class and say 'you're no longer a woman, you have to compete there' would be incredibly demeaning and very unfair," he said.