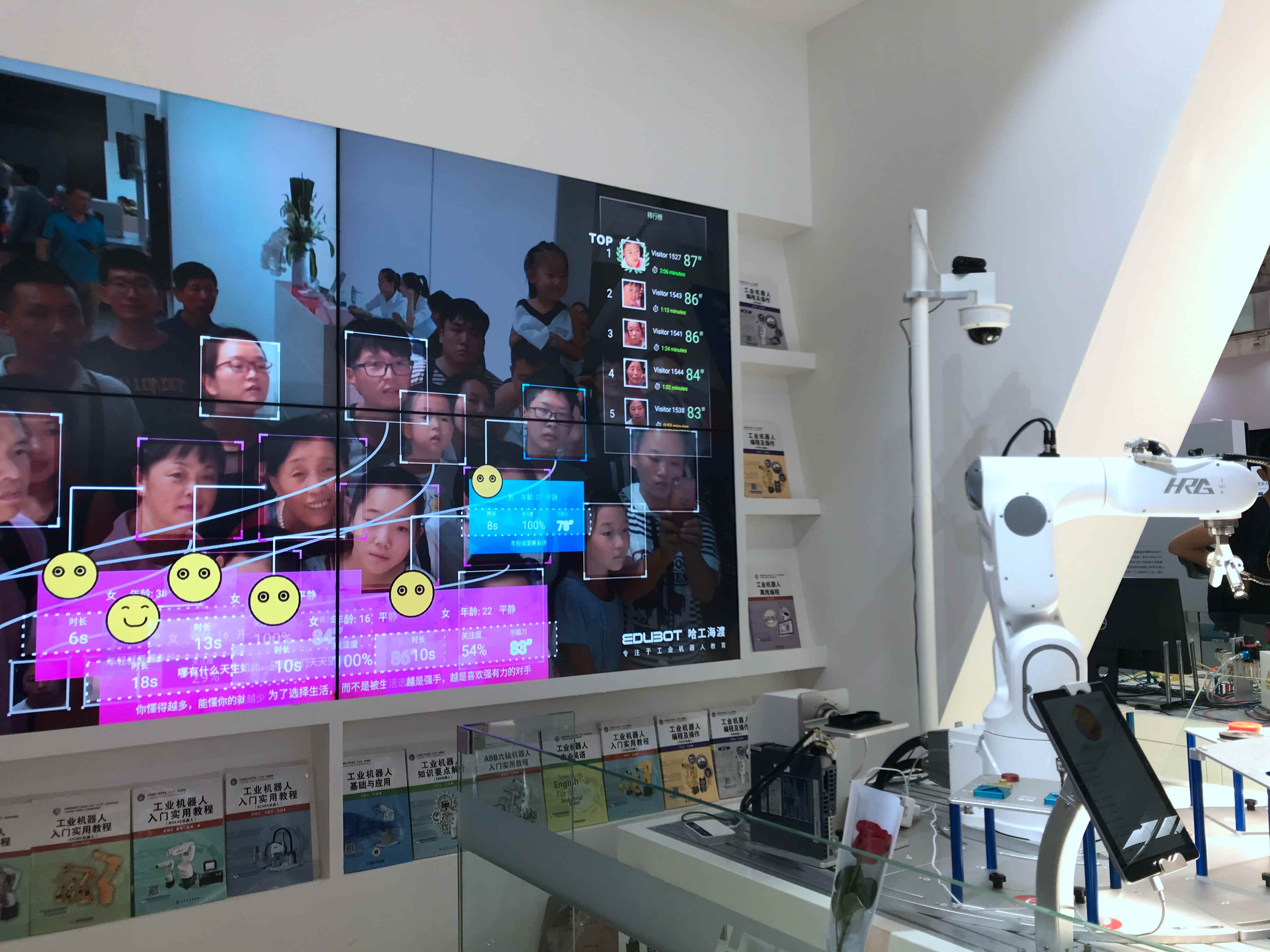 The fourth annual World Robot Conference (WRC) is underway in Beijing. Among the 160 exhibitors from across the globe, those behind "Created-in-China" robots have a considerable presence, giving them a golden opportunity to widen their global impact.

Those who watched China’s eight-minute show at the closing ceremony of the PyeongChang Winter Olympics earlier this year are likely to still remember the 24 "dancing" robots. The machines were from Siasun, one of China’s earliest robot manufacturers based in the northeastern city of Shenyang. Established by a group of scientists in 2000, the firm faced fierce competition at first.

"In the past, robotic products came from countries that have a history of 100 years in developing the technology. But for Chinese companies, we only spent some 20 years. So, we had to persuade consumers by offering free trial uses of our robots. Step by step, we won their trust. We appreciated our scientists' perseverance and faith," said Ha Enjing, public relations director of Siasun Robot & Automation.

This is the fourth time Siasun has joined the WRC in Beijing. Now it is expanding to even smarter products called “Co-bot” or Collaborative Robot which are meant to better work with human beings in areas like factories and rescue operations.

Robots are now being pushed to the forefront under the country’s “Made in China 2025” plan, aimed at upgrading factories and making them highly automated. Apart from industrial robots, Chinese robotic developers are turning to the much-needed areas in our daily life such as medical treatment.

Tinavi, the country's first robotic surgery-focused company, had some twists and turns until its third-generation robots eventually hit the Chinese market in late 2016. Before that, it took the company almost a decade of research and development.

So far, more than 40 robots have been installed in Chinese hospitals, assisting over 4,000 orthopedic surgeries.

"Compared with our foreign counterparts, we have strengths in clinical accuracy, and our robots could be widely used in a variety of indications in the orthopedic surgeries. But as a pioneer in the field, we have some difficulties ahead, including getting permission from more hospitals and whether to be included in medical insurance," said Sun Lang, the brand manager of Beijing-based Tinavi.

In this year’s exhibition, service robots acting as a companion or educational devices gained much attention, especially from children. Established just six years ago, UBTECH has already become a humanoid robot leader. The company is proud that all its components and core technology are created in China.

"In the development process, the biggest challenge we faced was how to commercialize what used to exist in the lab. The technology has been there for a while, but the most valuable thing we have done is that we've popularized the tech and spread it out to the public," said Zhang Chengwen, vice president of UBTECH Robotics.For these Chinese robots working in different fields, it’s also a very good time for them to get together. That’s why some of them have formed a music band to create synergy and momentum for the exciting new era. But as a latecomer, there is still a long way to go for "Created-in-China" robots.