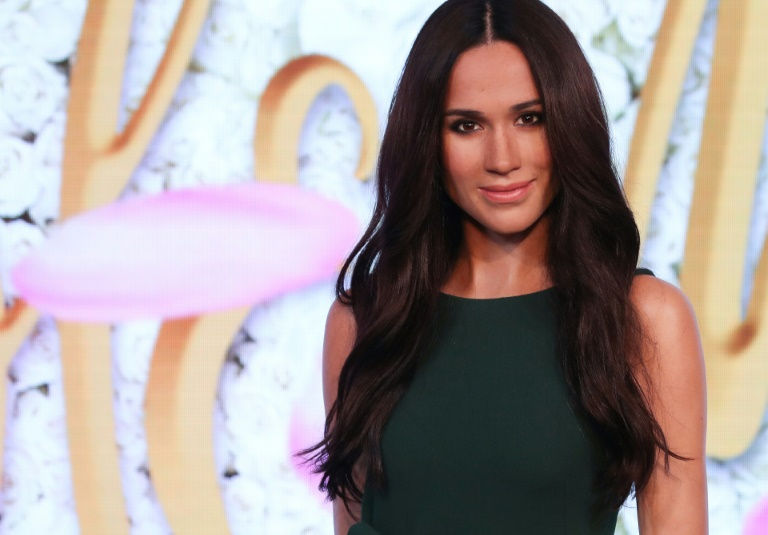 A wax figure of Meghan Markle, the US fiancee of Britain's Prince Harry, at Madame Tussauds in central London (Photo: AFP)

A waxwork of Meghan Markle wearing a replica of her diamond engagement ring was unveiled on Wednesday at London's Madame Tussauds museum, less than two weeks before her wedding to Prince Harry.

"Excitement ahead of the royal wedding is reaching fever pitch and we have been inundated with questions about when people can finally meet Their Royal Likenesses," general manager Edward Fuller said.

The likeness of the US former television actress is in a green dress like the one she wore when the couple, who are getting married at Windsor Castle on May 19, announced their engagement in November.

"They take about six months to make. We had to speed up a little because obviously once the engagement was announced we were off and running," Stephen Mansfield, the principal sculptor, told AFP.

Asked if Harry and Meghan had posed for the sculptures, he said: "As you can imagine they've got one or two other things on their minds currently, so we were able to create the figures using techniques that we're built up over the years".

Harry's figure, which was originally created to mark the royal's 30th birthday, has been updated for the occasion with the ginger beard he currently sports.

"The massive challenge in this case was that there would be a huge expectation and people interested to see how our figures would look," Mansfield said.

The waxworks will go on public show the day before the wedding. On the day, the museum said it will offer free entry to guests named Meghan or Harry.