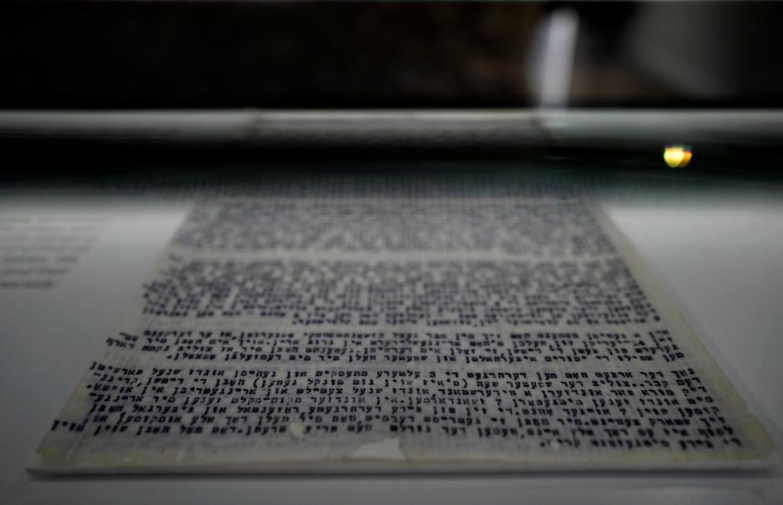 A document is displayed as a part of the Ringelblum archives exhibited on The "What We Could Not Shout Out To The World" exhibition at Jewish Historical Institute in Warsaw, Poland November 15, 2017. Photo: Reuters 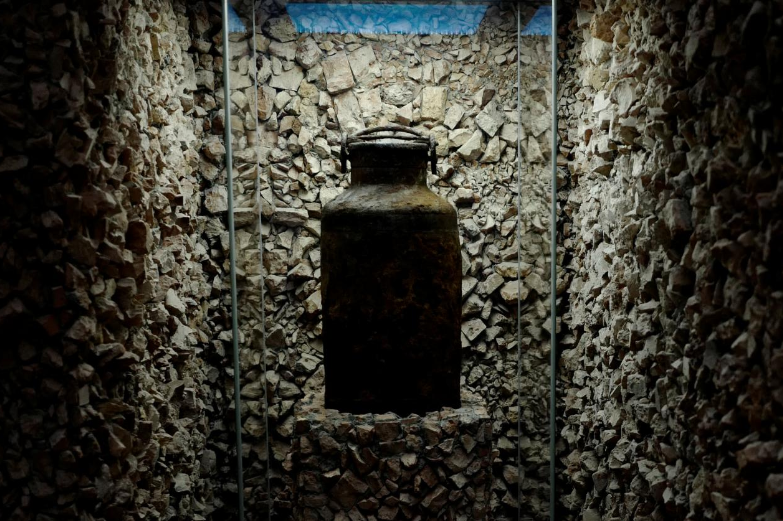 A milk bottle is displayed as a part of the Ringelblum archives exhibited on The "What We Could Not Shout Out To The World" exhibition at Jewish Historical Institute in Warsaw, Poland November 15, 2017. Photo:Reuters

Warsaw - A deeply moving exhibition of archives documenting the life and annihilation of Jews by Nazi Germany in the Warsaw Ghetto during World War Two goes on public display in Poland on Thursday.

The “What We Could Not Shout Out To The World” exhibition will for the first time display original documents prepared and hidden by historian Emanuel Ringelblum and a few dozen helpers who risked their lives in the Ghetto to save whatever was possible for posterity.

Nazi occupiers in 1940 corralled some 400,000 Jews into a small section of Warsaw most of whom were then sent to camps to be killed or died from the conditions in the Ghetto itself.

The Ghetto was destroyed in 1943 when the Nazis, attempting more deportations, were met with fierce opposition and a month long uprising.

The exhibition marks the completion of many years of work to organize and translate the archives, and often decipher the documents that were partly damaged.

Ringelblum and all but three of his aides perished in the Holocaust. But deep under the rubble of the burnt-down Ghetto they left a one-of-a-kind, meticulous chronicle of extermination.

“We want to help shout out all that they said, find a language that will make this archive well-known and accessible,” said Pawel Spiewak, head of the Jewish Historical Institute in Warsaw where the exhibition is held.

The Ringelblum archive, consisting of more than 35,000 pages, survived the war and destruction of the Warsaw Ghetto in 10 metal cases and two metal milk bottles that were recovered in 1946 and 1950, respectively.

In 1999, the Ringelblum archives were assigned “Memory of the World” status by UNESCO, along with such Polish documents as the original manuscripts of composer Frederic Chopin and the treatises of astronomer Nicolaus Copernicus.

“We want to show that this archive deserves this title,” Spiewak said. “It has to be shown and that people have to see it.”