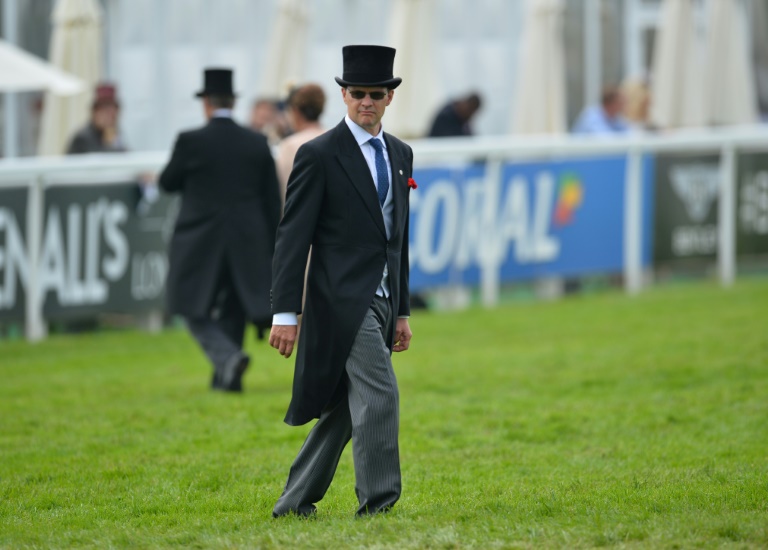 Aidan O'Brien's frustrating week in terms of Group One success had a happy ending on the final day of Royal Ascot as former Australian star Merchant Navy won the Diamond Jubilee Stakes.(Photo: AFP)

American runner Bound for Nowhere -- trained by Wesley Ward and ridden by Joel Rosario who teamed up earlier in the week to win with Shang Shang Shang -- completed an international 1-2-3.

"We have always been very happy with him since he arrived from Australia but we still thought it would be an impossible task."

O'Brien, who performed a similar training feat with another ex Australian horse Starspangled Banner when he won the Diamond Jubilee in 2010, added it was likely to be the last time he raced as he is due to return to Australia to take up stallion duties.

O'Brien credited Ryan Moore with a great ride but the Englishman admitted the finish was so tight with Soumillon alongside him that what he thought at that moment was 'unrepeatable'.

"This is a remarkable horse, for him to come out and win today in just his second run in the northern hemisphere," said jockey Ryan Moore of the winner.

"Aidan has done an amazing job with him.

"I would have won by more had the American runner not leant on me in the final furlong."

A couple of the more fancied runners failed to justify their favoured status.

The Godolphin Operation's Harry Angel's chances evaporated before the off as he acted up and caught one of his hind legs on the running rail inside the stalls.

He stumbled out of them and trailed in last.

"It's a great shame," said his trainer Clive Cox.

"It's affected the whole day. He has a nasty puncture wound on a hind leg, and he wasn't sound when he returned."

Australian runner Redkirk Warrior flattered to deceive under Frankie Dettori, prominent early on in the six furlong (1200 metres) race before fading from the picture.

"I am very disappointed, he went out like a light," said Dettori.