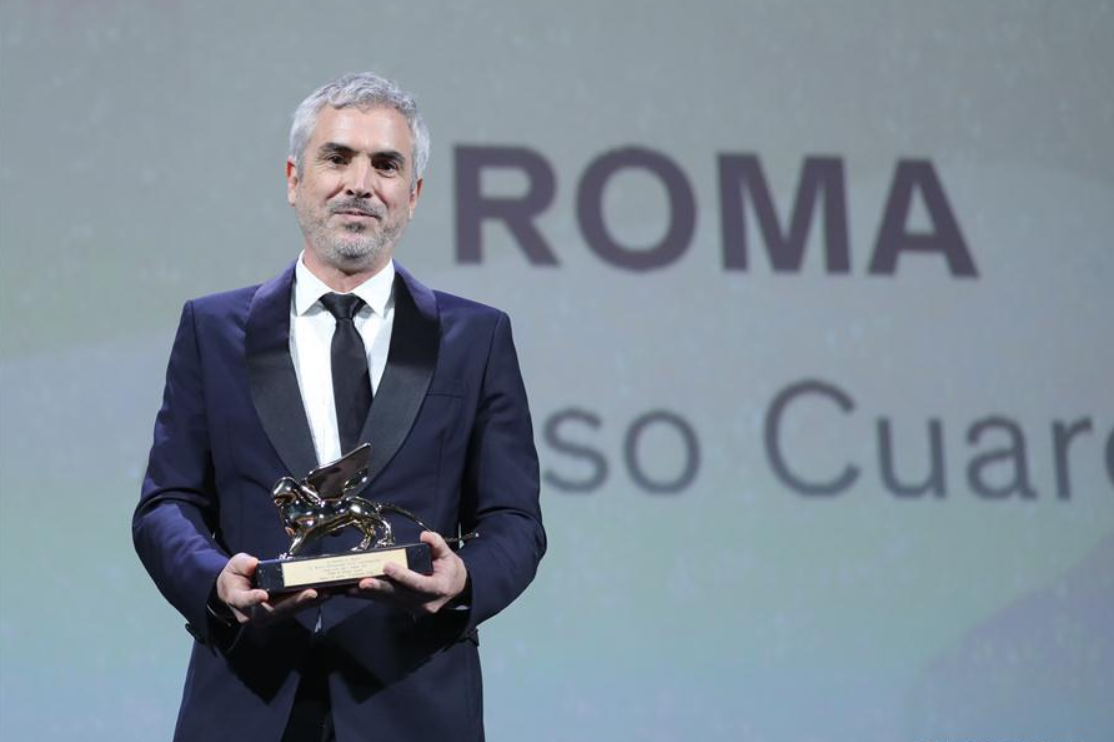 Distributed by Netflix and shot in black and white, the semi-autobiographical drama shot chronicles the life of a middle-class family in a Mexico City neighborhood called Roma in the early 1970s.

"I and all filmmakers owe a huge debt to Italian cinema," said Cuaron, who shot his film in a style reminiscent of Italian neorealism.

Jury president Guillermo Del Toro, whose movie The Shape of Water last year won four Oscars and the top prize at Venice, said the decision to choose Roma among the 21 competitors was unanimous.

The Silver Lion went to Parisian filmmaker Jacques Audiard for The Sisters Brothers, a tale of two brothers -- one evil, the other a little less so -- who shoot their way across the Wild West while also working out the kinks in their relationship.

"To prepare for the role I concentrated on learning how to paint," said Dafoe. "When you learn something new, it changes you."

The Coppa Volpi for best actress went to British actress Olivia Colman, who turned in a powerful performance as the lonely and invalid 18th-century British Queen Anne in Greek director Yorgos Lanthimos' period drama The Favourite.

Colman praised the director, with whom she has worked before, and said the role of Queen Anne was "an actor's dream".

The Special Jury prize went to The Nightingale by Australian director Jennifer Kent, the only female director running in the main competition.

Her revenge thriller set in 1825 Australia tells the story of a young Irish convict woman who teams up with an Aborgine tracker, played by Baykali Ganambarr, to chase a British officer who committed a terrible act of violence against her family.

Ganambarr, an Australian Aborigine from a small community who is a self-taught actor, won the Marcello Mastroianni prize for Best Young Actor.