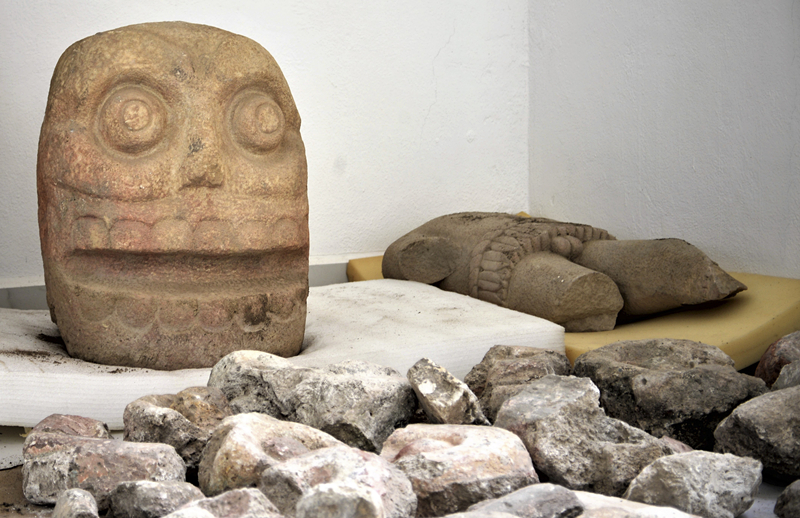 A skull-like stone carving and a stone trunk depicting the Flayed Lord, a pre-Hispanic fertility god depicted as a skinned human corpse, are stored after being excavated from the Ndachjian–Tehuacan archaeological site in Tehuacan, Puebla state, where archaeologists have discovered the first temple dedicated to the deity. (File photos: AP)

Mexico's National Institute of Anthropology and History said the find was made during recent excavations of Popoloca Indian ruins in the central state of Puebla.

The institute said experts found two skull-like stone carvings and a stone trunk depicting the god, Xipe Totec. It had an extra hand dangling off one arm, suggesting the god was wearing the skin of a sacrificial victim.

Priests worshipped Xipe Totec by skinning human victims and then donning their skins. The ritual was seen as a way to ensure fertility and regeneration. 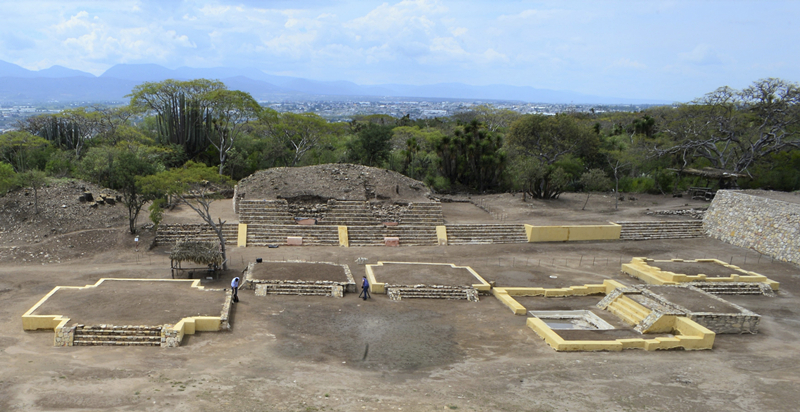 The Popolocas built the temple at a complex known as Ndachjian-Tehuacan between A.D. 1000 and 1260 and were later conquered by the Aztecs.

Ancient accounts of the rituals suggested victims were killed in gladiator-style combat or by arrows on one platform, then skinned on another platform. The layout of the temple at Tehuacan seems to match that description.

Depictions of the god had been found before in other cultures, including the Aztecs, but not a whole temple.

University of Florida archaeologist Susan Gillespie, who was not involved in the project, wrote that "finding the torso fragment of a human wearing the flayed skin of a sacrificial victim in situ is perhaps the most compelling evidence of the association of this practice and related deity to a particular temple, more so to me than the two sculpted skeletal crania."

"If the Aztec sources could be relied upon, a singular temple to this deity (whatever his name in Popoloca) does not necessarily indicate that this was the place of sacrifice," Gillespie wrote. "The Aztec practice was to perform the sacrificial death in one or more places, but to ritually store the skins in another, after they had been worn by living humans for some days. So it could be that this is the temple where they were kept, making it all the more sacred."