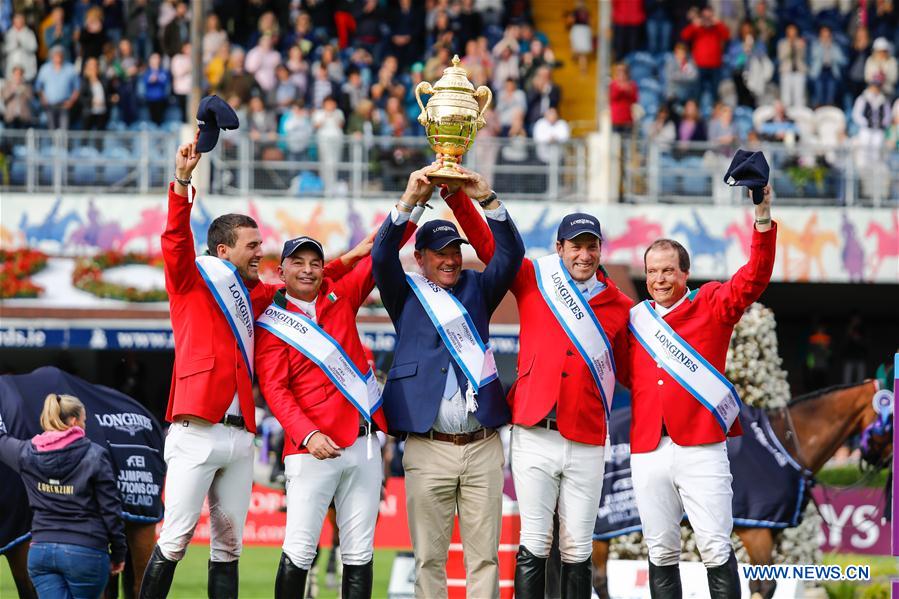 Mexico stunned their European rivals here on Friday to win the Longines FEI Jumping Nations Cup of Ireland in Dublin.

Mexico, who competed here last time in 1991, arrived as complete underdogs but turned the sport on its head in the last leg of the Europe Division 1 series at the historic Royal Dublin Society showgrounds.

But Eugenio Garza Perez and his veteran team-mates Federico Fernandez, Patricio Pasquel and Enrique Gonzalez enjoyed the warmest reception from the 20,000 spectators when producing three second-round clears to pin Ireland, France and Italy into joint-runner-up spot.

Hosts Ireland cruised into the lead on a zero score after the first round, with Italy snapping at their heels on four faults followed by the United States, Mexico and France carrying eight apiece.

The 22-year-old Perez (Victer Finn) showed a dramatic improvement from his 12-fault first-round effort when clear second time out, and when 46-year-old Pasquel (Babel) produced one of four double-clears of the day and Gonzalez (Chacna) wrapped it up by also being foot-perfect all the pressure was on the Italians and Irish.

And both faltered, adding four faults to complete along with France on a total of 12 as Mexico made history.

"It's a dream come true. Since we got the invitation we have not stopped dreaming about this moment. We worked hard to be here and we enjoyed every second," said Fernandez who posted two four-fault scores with Landpeter do Feroleto.

"After what happened to me I feel an obligation to be happy, and today was one of the happiest days of my life," said the 50-year-old Fernandez, who was involved in a devastating air-crash that left many dead in 1987.

Perez, who is trained by Irish showjumping legend Eddie Macken, said, "It's really out of a dream, it's incredible."

The day's result confirms Belgium as winners of the Europe Division 1 series with Ireland finishing a close second, just five points behind. Switzerland, France, Netherlands, Britain and Sweden fill the next five places on the leaderboard and all seven countries will compete at the Longines FEI Jumping Nations Cup Final in Barcelona in October.