Carlos Vela and Javier Hernandez scored a goal each to move Mexico closer to a spot in the round of 16 by beating South Korea 2-1 Saturday at the World Cup.

Mexico, which upset defending champion Germany in its opening match, took the lead when Vela converted from the penalty spot in the 26th minute. The Mexicans were awarded the penalty after Jang Hyun-soo handled the ball while trying to stop a cross from Andres Guardado.

Hernandez added the second in the 66th, scoring his 50th goal for Mexico. He hit the ball low past goalkeeper Jo Hyeon-woo after collecting a pass from Hirving Lozano.

The South Koreans, who have lost their opening two matches, kept Ochoa under pressure throughout the match with Son often out-sprinting the Mexican defense.

Mexico relied on keeping possession and long-range shots, with a powerful attempt from Andreas Guardado forcing an athletic save from Jo in the second half. A volley from Vela skimmed the bar minutes later.

Mexican fans avoided using a chant, which is considered to be homophobic by FIFA, against the opposing goalkeeper. The chant earned the country’s soccer federation a fine after the previous match. 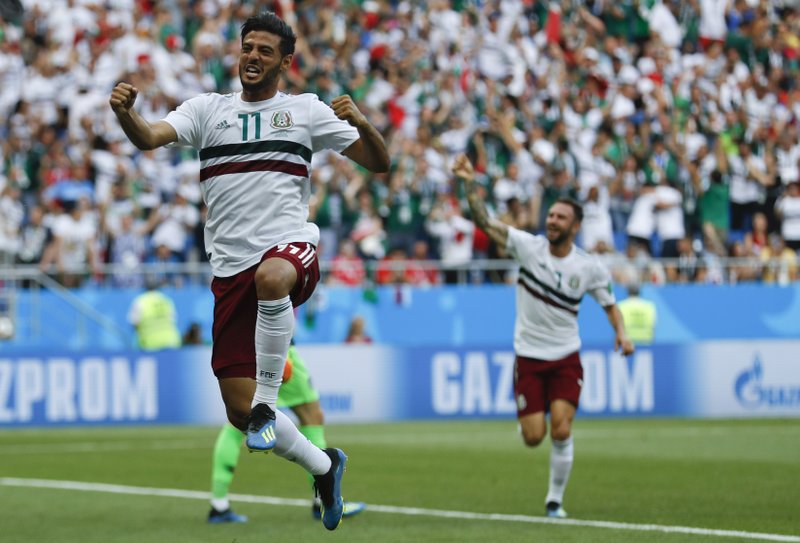