Miao Embroidery: Sewing together a future 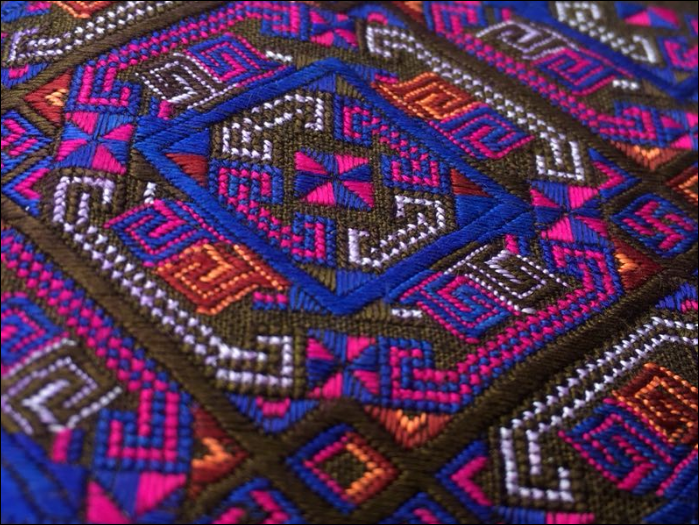 A single piece of embroidery takes as long as four months to finish. (Photo: CGTN)

Exquisite, intricate, stunning. It’s easy to be wowed by the embroidery of the Miao ethnic group and to understand why lately it’s been finding its place within the world of haute couture.

But the beauty of this handicraft goes beyond its aesthetic qualities. It’s about something that, potentially, can be handed down from mother to daughter.

The embroidery’s primary use is to adorn a Miao lady’s ceremonial costume, which she’ll wear on her wedding day and other important occasions.

Traditionally, a Miao girl would have learned from her mom all the skills needed to decorate her own costume by the time she was around 12-years-old.

But the embroidery she learns isn’t just about time-honored designs and unique sewing techniques. There is no written form of the Miao language, so women have used embroidered patterns to record both their village’s, and their own, history.

Miao embroidery is as much about personal identity as it is about cultural heritage, and when a Miao lady puts on her costume, it’s as if she’s wearing her signature.

But the ink for that signature, so to speak, is now fading or drying up completely. Miao mothers have stopped teaching their daughters to sew. And it’s not because tradition is being discarded for modern-day living; neither is it because Miao heritage is suffering from official neglect.

Indeed, the opposite is true, and this tradition has been recognized by the government as important to the nation. The reason why it’s being lost is that it’s no longer seen as a necessity.

Seven years ago, before the introduction of the embroidery project featured in our Rediscovering China program, the annual income of women in one of the villages we visited, Jidao, was as low as 1,500 yuan a year. That’s little more than four yuan – or 60 US cents – a day.

This tells you why most Miao mothers and fathers have had to leave their children at home and travel hundreds of kilometers away to find work to support their family. And why one of the last things on a mother’s mind would be to stay at home to pass on Miao heritage to her daughter by teaching her to sew.

So, Miao embroidery became a luxury in these villages. But this has begun to change, and now it features as a luxury item on the catwalk, following the launch of the Happiness Fund project, which helps Miao women find a market for their traditional embroidery.