Merry festivities have taken over the Chinese town of Zhouxi as members of the Miao ethnic group donned traditional outfits and ornate headgear and danced to the cheerful sounds of the lusheng, a wind instrument, to pray for a good harvest. 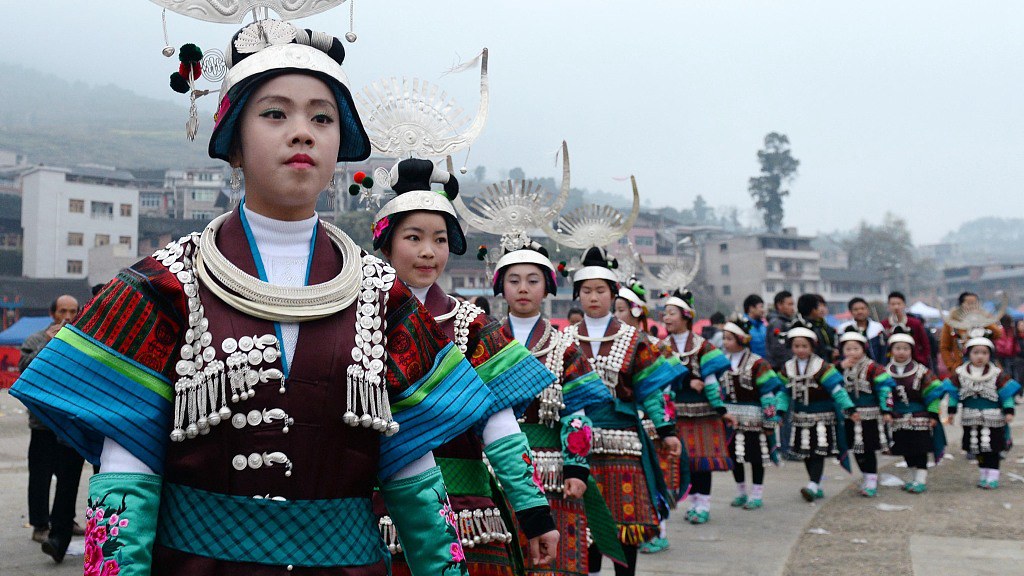 Zhouxi sits on the edges of the city of Kaili, southwest China's Guizhou Province, which is known as the "hometown of hundreds of festivals."

The revelers descended on a square known as the Gannangxiang, which in the Miao language refers to the lower reaches of the "God River" where deities would gather, to mark the annual Gannangxiang celebration, one of the largest-scale and most primitive Miao lusheng festivals in the province.

Women dressed in embroidered attire and balanced beautiful silver headgear as they swayed to the music by lusheng players. 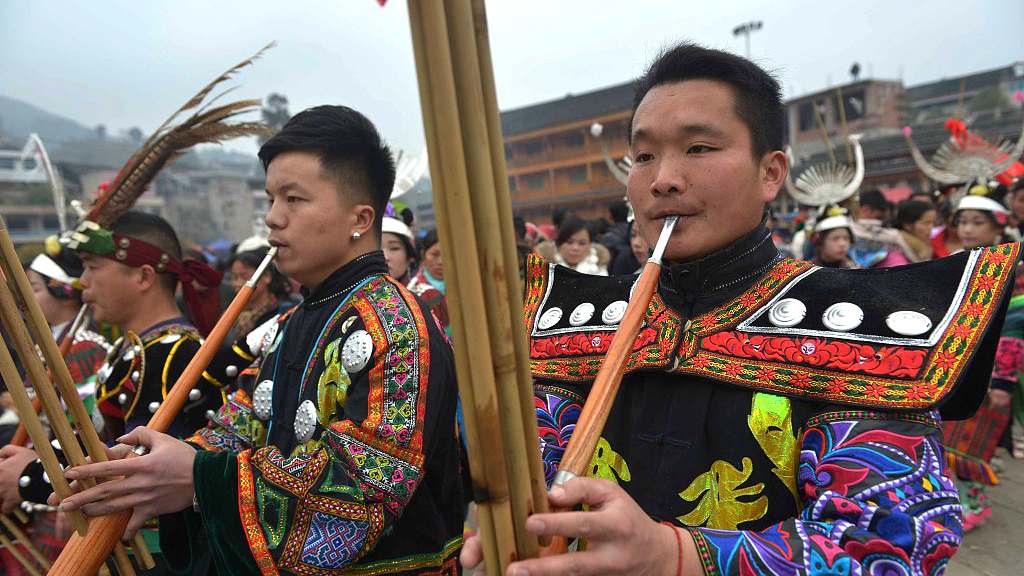 Miao boys play the instrument of lusheng at the Gannangxiang celebration in Kaili, Guizhou Province.

The Gannangxiang international lusheng festival is one of the four major ethnic celebrations in Guizhou with a history of more than 500 years.

Thousands of members of ethnic minority groups and tourists from home and abroad join the event on a yearly basis.