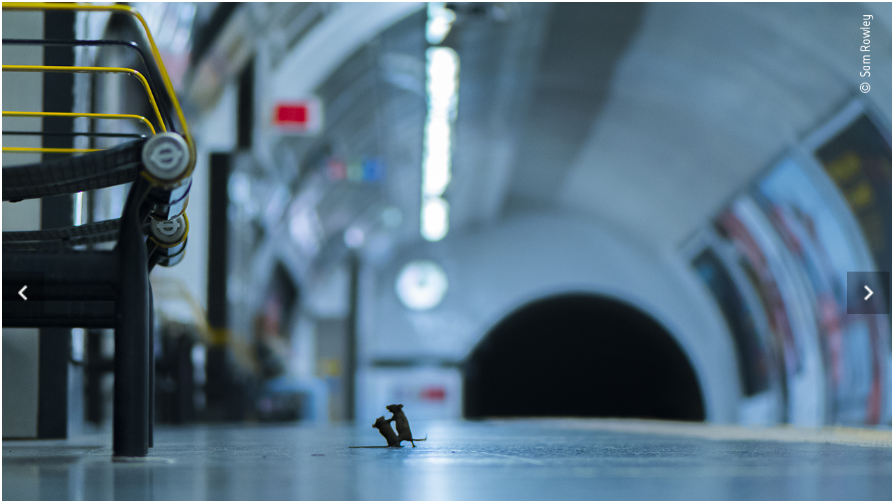 'Station Squabble,' a pair of mice fight over a scrap of food. (Photo: Wildlife Photographer of the Year)

From fighting mice in London to an orphaned baby black rhino in Kenya, the top images in the Lumix people's choice category of the Wildlife Photographer of the Year competition were as varied as they were breathtaking.

The competition attracted votes from 28,000 nature photography fans, who chose from a shortlist of 25 pictures. Ultimately it was Sam Rowley's 'Station Squabble,' which featured mice fighting over food on a London tube station platform, that won.

"It's been a lifetime dream to succeed in this competition in this way, with such a relatable photo taken in such an everyday environment in my hometown," said Rowley. "I hope it shows people the unexpected drama found in the most familiar of urban environments."

Rowley's image, along with 25 others, will be displayed in an exhibition at London's Natural History Museum until 31 May.