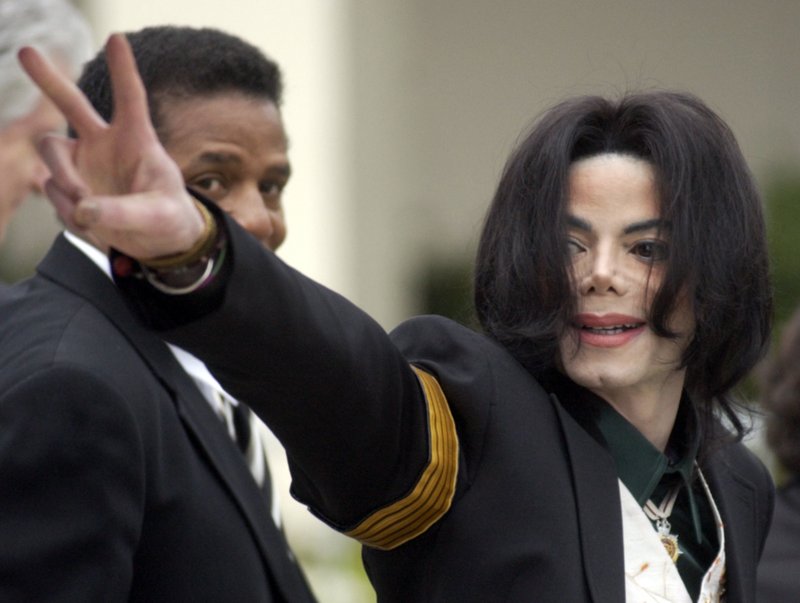 In this March 2, 2005 file photo, pop icon Michael Jackson waves to his supporters as he arrives for his child molestation trial at the Santa Barbara County Superior Court in Santa Maria, California. (File Photo: AP)

The estate of Michael Jackson on Thursday sued HBO over a documentary about two men who accuse the late pop superstar of molesting them when they were boys, saying the film violates a 1992 contract to air a Jackson concert.

The lawsuit filed in Los Angeles Superior Court alleges that by co-producing and airing “Leaving Neverland,” as HBO intends to do next month, the cable channel is breaching a deal to not disparage the singer. The decades-old contract allowed the cable network to air “Michael Jackson in Concert in Bucharest: The Dangerous Tour” and included language that HBO would not disparage Jackson at any future point.

According to the suit, the film implies Jackson molested children on the very tour that the concert footage came from.

“It is hard to imagine a more direct violation of the non-disparagement clause,” says the suit, which asks the court to order arbitration and says damages could exceed $100 million.

The film premiered in January at the Sundance Film Festival, where its subjects Wade Robson and James Safechuck received a standing ovation and took questions afterward along with director Dan Reed. The first installment of the four-hour documentary will first air on HBO on March 3, with the second half airing the following night. Britain’s Channel 4 will air it around the same time.

“Despite the desperate lengths taken to undermine the film, our plans remain unchanged, HBO will move forward with the airing of ‘Leaving Neverland,’” HBO said in a statement Thursday. “This will allow everyone the opportunity to assess the film and the claims in it for themselves.”

The network didn’t respond to the breach-of-contract allegations.

The lawsuit states in its opening sentence that “Michael Jackson is innocent. Period,” and goes on to recount the criminal investigation and 2005 trial in which Jackson was acquitted, highlighting the conflicting statements through the years of Robson and Safechuck, who are described as “admitted perjurers” in the suit. Both men told authorities that Jackson did not molest them, later claiming they were abused in lawsuits filed after the singer’s death and in graphic detail in “Leaving Neverland.”

It also reiterates the estate’s position that it was irresponsible for the film not to include any defense of Jackson from those who knew him or further fact checks of the men.

“Dan Reed is an award-winning filmmaker who has carefully documented these survivors’ accounts,” the network’s statement said. “People should reserve judgment until they see the film.”

Reed is not named as a defendant in the lawsuit.

“Michael is an easy target because he is not here to defend himself, and the law does not protect the deceased from defamation, no matter how extreme the lies are,” the lawsuit states. “Michael may not have lived his life according to society’s norms, but genius and eccentricity are not crimes.”