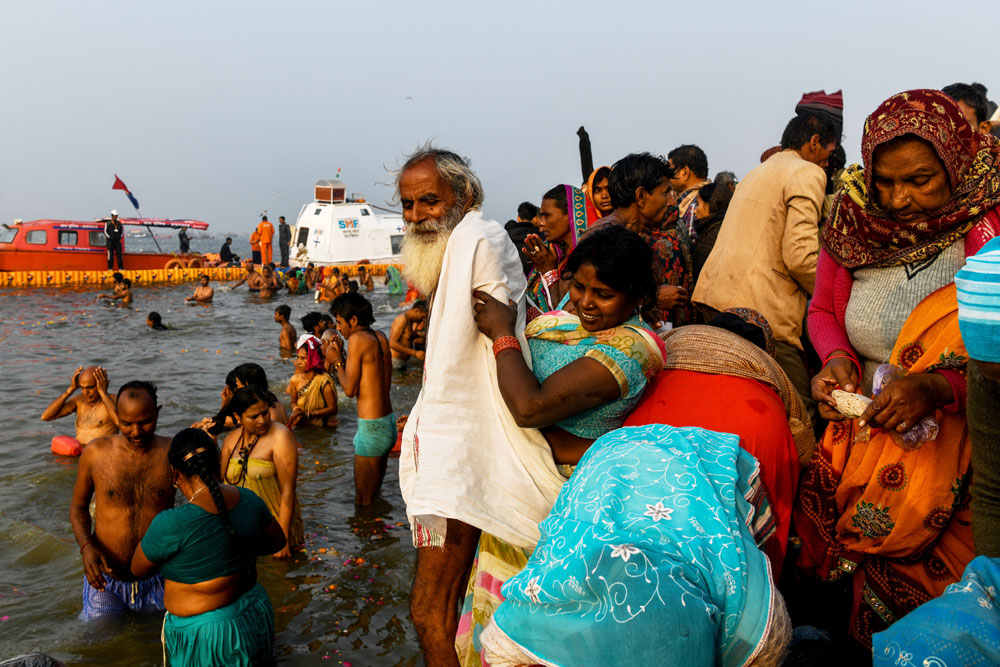 Indian devotees take a dip on the banks of the Triveni Sangam, the confluence of the Ganges, Yamuna and mythical Saraswati rivers, as people gather for the Kumbh Mela festival in Allahabad on January 14, 2019. (Photos: AFP)

The largest religious gathering anywhere on earth gets under way Tuesday, with tens of millions of Hindu pilgrims congregating in India to bathe in sacred rivers for the Kumbh Mela.

Organisers are expecting the enormous spiritual festival in Allahabad to attract more than 100 million devotees over the next 48 days, with seas of pilgrims camped by the riverside.

The ancient city in northern Uttar Pradesh state rises alongside the banks of the Ganges, Yamuna and mythical Saraswati rivers.

The confluence of the three -- known as Sangam -- is considered especially holy and Hindus believe bathing there during the Kumbh helps cleanse sins and brings salvation.

"This pilgrimage gives me peace of mind and an opportunity to reflect on my life," said Sangeeta Gangotri, a pilgrim who travelled 650 kilometres (403 miles) from Nagpur in western Maharashtra state to Allahabad.

The riverbank has transformed into a riot of noise and colour.

Indian devotees take a dip on the banks of the Triveni Sangam, the confluence of the Ganges, Yamuna and mythical Saraswati rivers, as people gather for the Kumbh Mela festival in Allahabad on January 14, 2019.

Naked, dread-locked holy men smeared in ash and sadhus clad in saffron robes wander the crowds, offering blessings to pilgrims who have travelled from every corner of India for the ritual dip.

"All the Gods descend on this sacred place during this period. This is the most auspicious event for any human being," said Chandhans Pandey, a 60-year-old devotee.

"I have been planning to attend (for) many years."

The last major gathering in Allahabad in 2013 drew 120 million devotees, organizers said -- with 30 million plunging into the holy waters on a single auspicious day.

Nearly 30,000 police have been deployed to oversee crowds for the huge undertaking, and prevent stampedes that have marred previous gatherings. 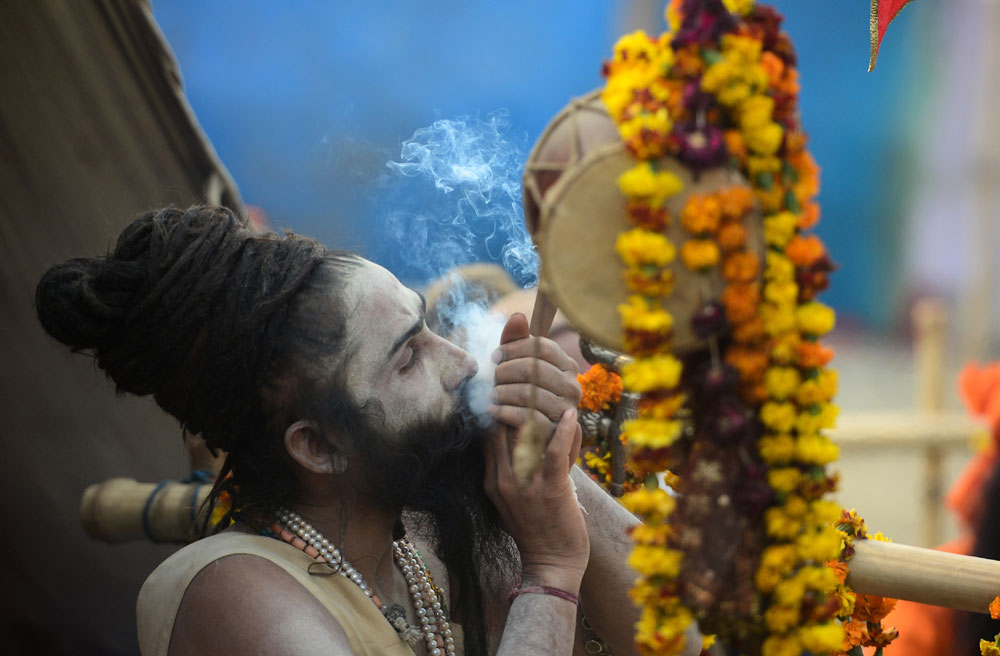 An Indian Hindu Sadhu (holy man) sits outside his tent as he smokes ahead of the Kumbh Mela festival in Allahabad on January 13, 2019.

A tent city with restaurants, roads and marketplaces has sprung up along the river, with pilgrims camped out across a sprawling 45-square kilometre zone specially earmarked for the Kumbh.

"More people are drawn to the Kumbh now," Ganeshanand Bharamachari, a 78-year-old pilgrim from nearby Varanasi and a Kumbh veteran, told AFP.

"People, mostly from cities, are becoming increasingly religious because the western life they were living has not led them anywhere."

The Uttar Pradesh state government, led by a firebrand Hindu priest, has heavily promoted this year's Kumbh, which comes as India prepares for a general election in April and May.

Prime Minister Narendra Modi, whose Hindu nationalist Bharatiya Janata Party is in power in Uttar Pradesh, visited Allahabad in December to inaugurate a high-tech command centre to manage the Kumbh. 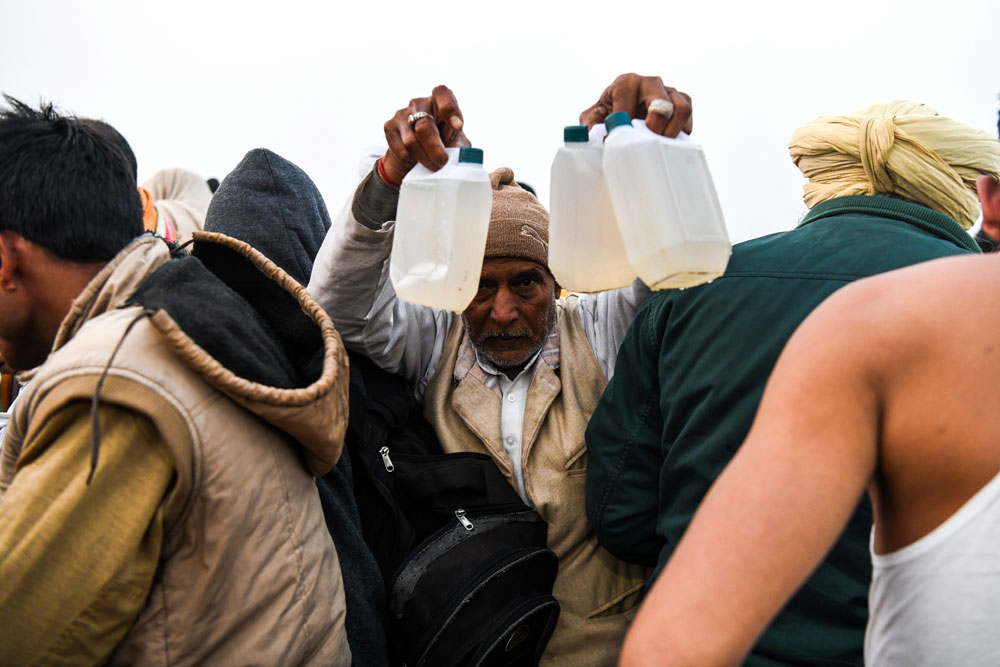 An Indian devotee carries bottles full of Ganga water on the banks of the Triveni Sangam, the confluence of the Ganges, Yamuna and mythical Saraswati rivers, as people gather for the Kumbh Mela festival in Allahabad on January 14, 2019.

The historic city was even renamed Prayagraj in October by the state's conservative government, stripping its centuries-old Muslim moniker and replacing it with an ancient Hindu title.

But the city is still widely known as Allahabad, the name given by Islamic rulers that reigned over India hundreds of years ago.

The Mela, which runs until March 4, was recognised as an intangible cultural heritage by UNESCO in 2017.