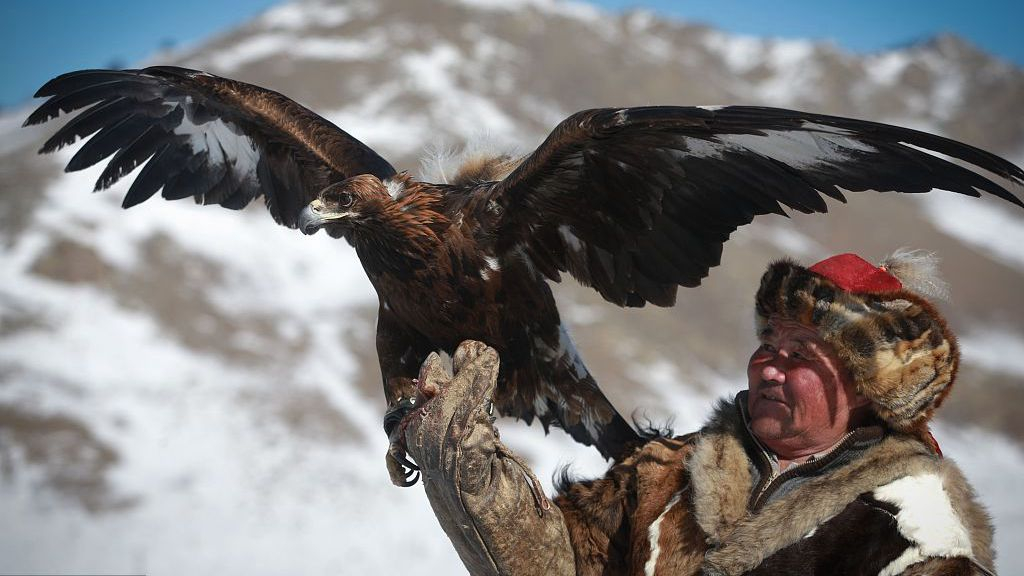 The "Spring Golden Eagle Festival" was co-organized by the Mongolian Ministry of Environment and Tourism, the Mongolian Eagle Hunter's Association and others with the aim of boosting tourism by promoting the tradition of hunting with eagles. The festival is held twice a year in Mongolia, in the spring and autumn.

A total of 20 eagle hunters aged 18-77 from Bayan-Ulgii Province are competing in the 12th edition of the two-day festival, to catch fake animals, such as foxes and hares, with specially trained golden eagles, showing off the skills of both the eagles and their trainers.

A man is feeding an eagle during the festival. (Photo: VCG)

Previously, the competition used live animals as prey, but at the request of animal rights activists, the festival have been using fake animals in recent years, according to the organizers.

Eagle hunters will also compete in calling their eagles at the top of the mountain. The quickest eagle to recognize its owner and sit on its owner's forearm will be the winner.

Hunting with eagles is a tradition on the Eurasian steppe. Mongolia is said to be one of a few countries that keeps this thousand-year-old tradition alive.