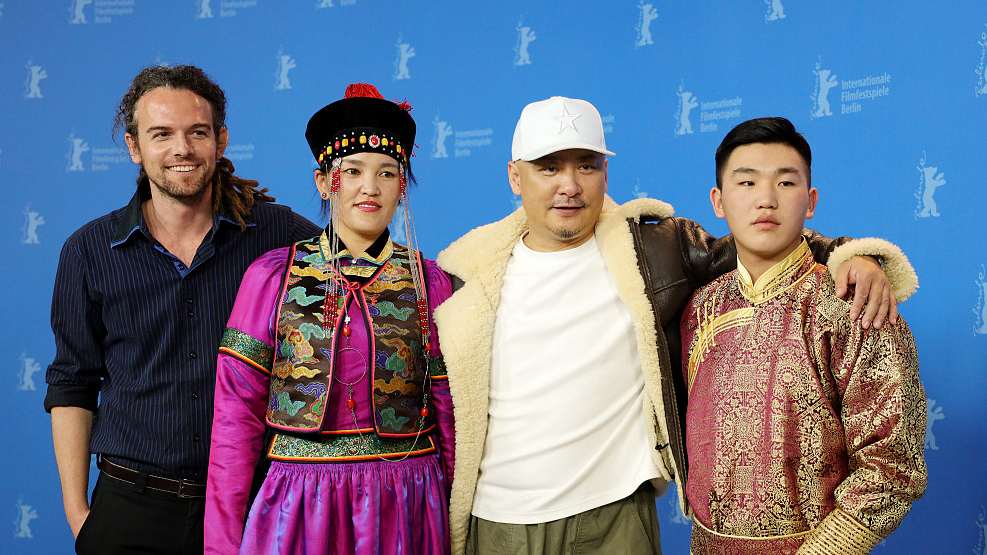 Could humans go the way of the dinosaurs? Are humans too far from nature? The empty expanse of the Mongolian steppe caused Chinese director Wang Quan'an to meditate on such existential questions in "Ondog," which premiered at the Berlinale on Friday.

The first Mongolian work in the Berlin Film Festival's main competition section came from the desire of a citizen of the world's most populous country to test the limits of his creativity in one of the emptiest corners on Earth, Wang told reporters.

“Like a lot of city people I have a fascination with the natural environment,” he said, adding that the vastness of the Central Asian prairie-lands had helped him reflect on the fleeting span of the human race.

“The film says mankind will have its time and then go again,” said Wang, who said he made the film as a “farewell gift” for Dieter Kosslick, the Berlinale's outgoing director. “What's more important is how to coexist with nature.”

Starring amateur actors recruited by Wang from traditional nomadic communities, the film stars a herdswoman (Dulamjav Enkhtaivan) who lives alone in the emptiness tending a flock of sheep.

Her interactions – with the young policeman (Norovsambuu Batmunkh) she tends through the chilly night he spends watching over the corpse of a woman found dead on the steppe, and a neighboring herdsman who wants to start a family with her – are the core of the film.

Filmed with wide shots that are often reminiscent of classic Westerns by Mandarin-speaking French cinematographer Aymerick Pilarski, the film is unafraid to let ant-sized characters inch across the landscape for minutes at a time.

The "ondog" of the title – supposedly Mongolian for dinosaur egg – is the fertility symbol that shapes the film, looming in the background as a cow goes into labor and at the end of the film, when Wang hints that the herdswoman's solitary existence might be coming to an end.

Aside from Wang's "Ondog," renowned Chinese director Zhang Yimou's latest feature "One Second," as well as "So Long, My Son" by veteran filmmaker Wang Xiaoshuai, are also among the 2019 Berlinale's main competition lineup.