Mooney scores, Texas Tech clamps down in 61-51 win over MSU 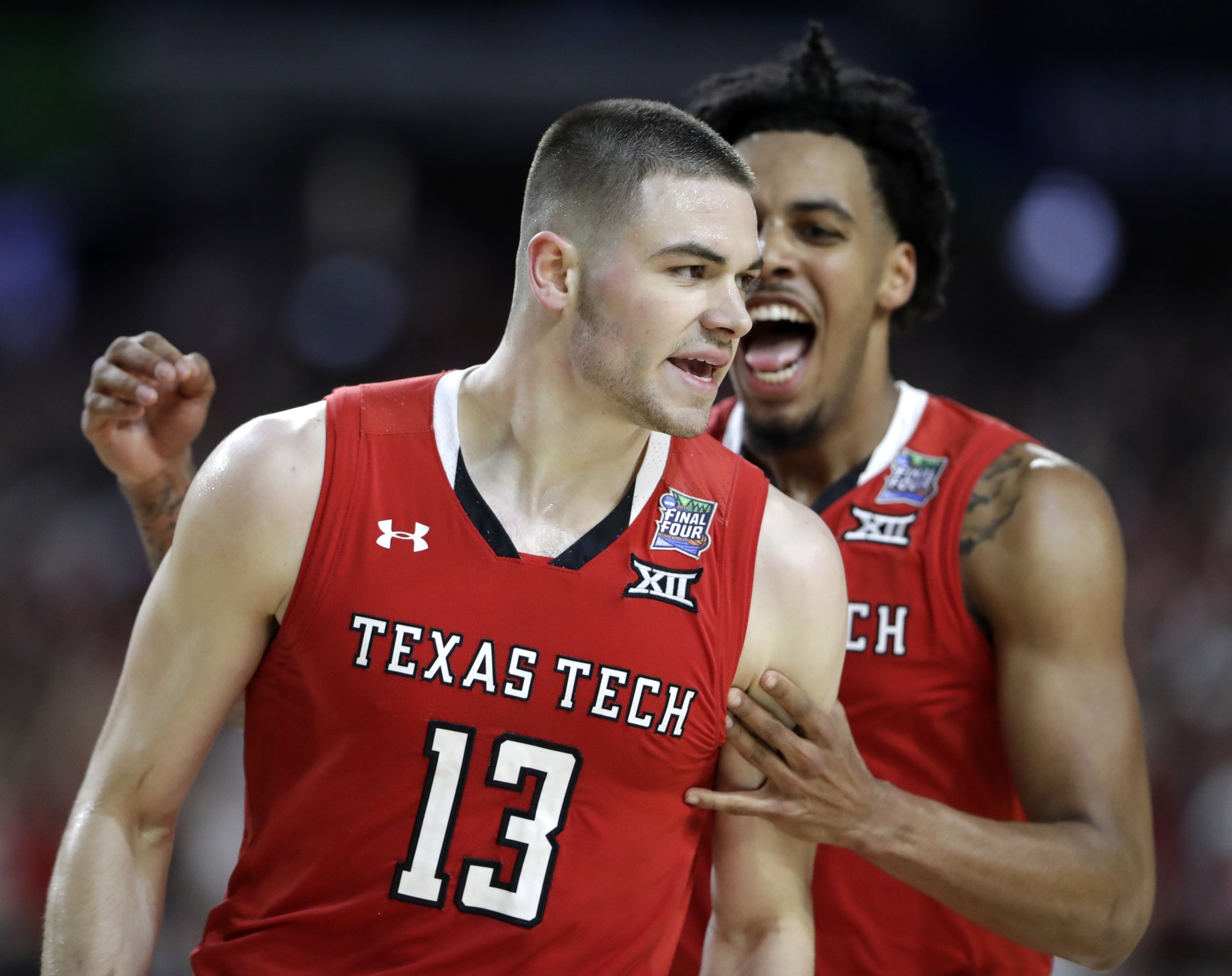 Texas Tech guard Matt Mooney (13) celebrates after making a three-point basket during the second half against Michigan State in the semifinals of the Final Four NCAA college basketball tournament, Saturday, April 6, 2019, in Minneapolis. (Photo: AP)

For those who thought Texas Tech only plays defense, it’s time to meet Matt Mooney.

While the Red Raiders were locking down Michigan State on one end, the graduate transfer shooting guard was raining in 3s on the other, lifting Tech one win away from a title Saturday night with a 61-51 victory over the Spartans in the Final Four.

Mooney matched his season-high with 22 points, including three 3-pointers over the span of 3 minutes to give Texas Tech a 13-point lead midway through the second half.

With the kind of ‘D’ Texas Tech plays, it was too much to overcome, and now the Red Raiders are getting ready for another defensive battle, in a Monday final against Virginia, and its vaunted pack line defense. The Cavaliers are a slight 1-point favorite, and the over/under was at 117½ and falling late Saturday night.

Texas Tech wins by doing just enough on the offensive end. On this night, Mooney did the major damage.

Before and after that, it was all about defense — a game filled with air balls, blocked shots and clogged-up passing lanes. At one point, over a two minute stretch late in the first half, eight shots went up. Six of them didn’t touch the rim.

It was, to put it Texas Tech’s way, perfectly ugly.

“It’s like they never make mistakes,” Michigan State forward Kenny Goins said. “They got us kind of caught in that trap today.”

Michigan State (32-7) leaves coach Tom Izzo’s eighth Final Four with its seventh loss — the 2000 title is still the only time the Spartans have taken it all the way under their veteran coach.

But they did not go away easily.

After Mooney put them down by a baker’s dozen, the Spartans trimmed it to 3. Matt McQuaid had a wide-open look from the corner — one of the very few on this night — that would’ve tied it with 1:50 left, but the ball rimmed out and the Red Raiders pulled away.

Jarrett Culver (10 points, five boards) finished it off. He made one free throw on the next trip down, then Norense Odiase swiped the ball from MSU’s Xavier Tillman — one of Tech’s four steals on the night — and the Red Raiders worked the ball to Culver, who made his only 3 to push the lead to 58-51 and start the celebration.

“When you’ve got a whole team that trusts you on the court, you keep shooting with confidence,” he said.

Meanwhile, a defense that led the nation in efficiency and held teams to under 37% shooting this season — second best in the county — held Michigan State to 31.9% from the floor.

Most tellingly, it stymied Big Ten player of the year Cassius Winston. Yes, Winston led the Spartans with 16 points, but it came on 4-for-16 shooting, and he was held scoreless in second half for more than 10 minutes — not perking up until after Mooney had given the Red Raiders their big cushion.

Mooney is the fifth-year senior who made his way to Texas Tech after graduating from South Dakota — the school he transferred to after a rough year at Air Force.

Most all these Red Raiders have a story like that.

Beard is on his 12th stop in a travelogue of a career — and he’s been recruiting grinders like him to help him take this most-unexpected ride.

Culver wasn’t in the top 300 among high school recruits, and chose his hometown college over a few other places. He kept battling despite the rough start, and Texas Tech overcame his cold first half to head to the locker room leading by the not-so-scintillating score of 23-21. It was the lowest scoring first half at the Final Four since the Spartans took a 19-17 lead over Wisconsin in a 2000 slugfest.

“We threw a lot of punches tonight,” Beard said. “We tried a lot of things on defense, and fortunately most of them worked.”

Culver had one block and rim protector Tariq Owens, also a grad transfer, had three more before leaving late in the second half with a leg injury.

Owens came jogging back in toward the end to the cheers of the Texas Tech crowd, which included alum Patrick Mahomes, the high-flying QB for the Chiefs.

“Pretty cool to have the MVP of the NFL on our side, cheering for us,” Mooney said.

Turns out, the quarterback isn’t the only Red Raider who can light up that scoreboard.