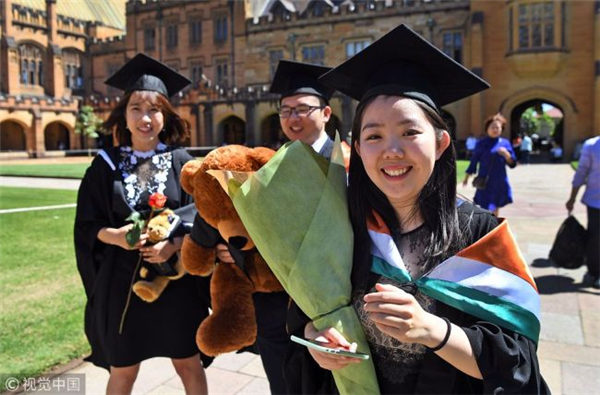 Students from China pose for family photos after graduating from a course in commerce at Sydney University on October 12, 2017. Photo: VCG

The number of Chinese studying master's degrees overseas continues to increase, according to a report.

The rise in the number of applicants for the master's degree or above overseas indicates an increasing number of students willing to obtain a higher academic degree to elevate their competitiveness, the report read.

Students who apply for master's degree or above overseas accounted for 47 percent of all Chinese students already studying abroad, the report showed.

The report was based on a survey of around 5,000 students who plan to go to school abroad or were previously overseas students, and their parents and some employers, in more than 40 cities across China in February and March.