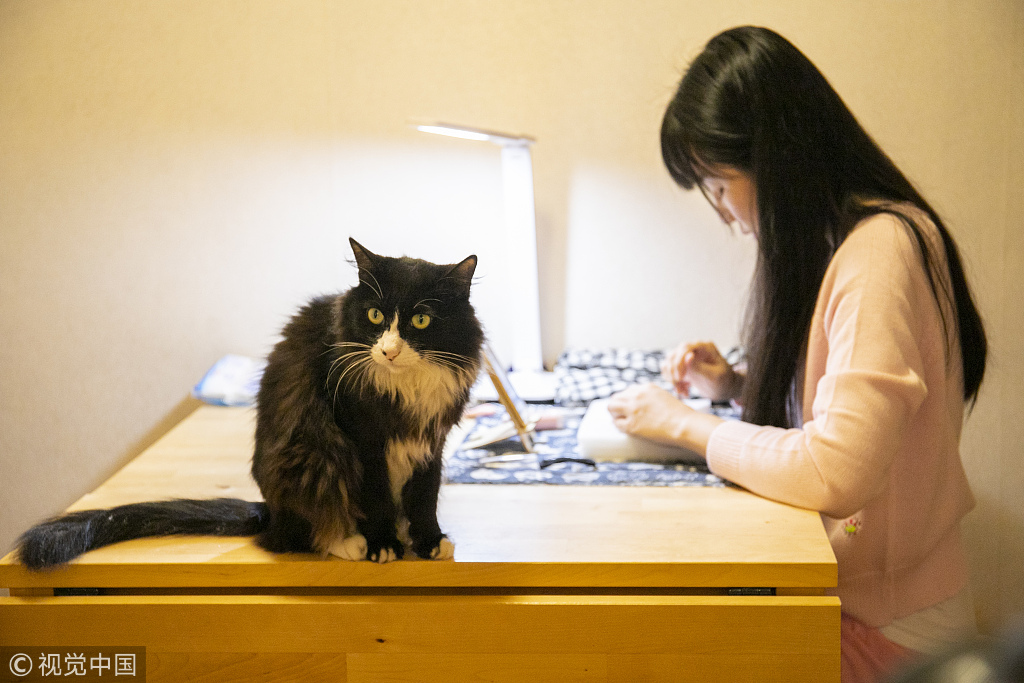 Cici works at her home in Guangzhou, Guangdong province on March 26, 2019. (Photo: VCG)

BEIJING, April 14 — An increasing number of Chinese young people have opted for pets to relieve their stresses and strains of everyday life, fueling the fast-growing pet market in the country.

The majority of consumers in the pet market were found to be people born in the 1980s or 1990s, with some having spent nearly half of their income on their beloved household animals, the report noted.

"The rise of the market has signaled the diversified consumption patterns among young people, and embodied economic growth and social and cultural progress," said the newspaper.

However, soaring pet consumption has also reflected the social problems young people are facing, it said, adding increasing pressure in life and a sense of alienation from society made many young city dwellers turn to pets to ease their growing loneliness.

Such stress was attributed to excessive working hours and lack of leisure time among young Chinese.