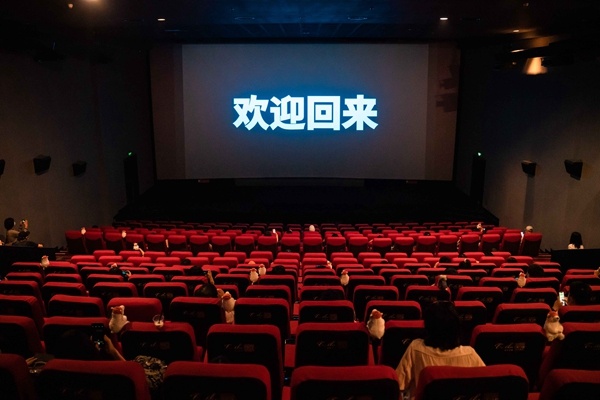 Christopher Nolan's latest sci-fi action feature film Tenet, with a reported budget of more than $200 million, is set to land in Chinese mainland theaters on Sept 4, according to a Weibo post of Warner Bros.

"Inception," a 2010 film by the British director, is slated for an Aug 28 re-release. A re-run of Nolan's "Interstellar" from Sunday has generated a box office revenue of more than 50 million yuan ($7.14 million), bringing the 2014 film's total Chinese mainland box office north of 800 million yuan, according to Maoyan, a movie-ticketing platform.

Little Women, a highly anticipated Sony film whose Chinese mainland release was postponed due to COVID-19, has secured a new release date, Aug 25.

It is a new feature film adaptation of Louisa May Alcott's classic novel of the same name and is directed by Greta Gerwig, an American actress, screenwriter and film director.

The Eight Hundred, a Chinese war epic film, is set to hit the big screen on Aug 21. It will be the first major Chinese production to hit movie theaters since the COVID-19 outbreak.

The film depicts Chinese soldiers' defense of a warehouse against the invading Japanese army during the Battle of Shanghai in 1937. It is directed by Guan Hu, whose best-known works include the 2015 film Mr Six or Lao Pao Er.