With the theme "The Feast of the Movie, the Festival of the People," the 7th Silk Road International Film Festival will screen more than 500 excellent global films using three outlets, theatre screening, outdoor screening and online screening. 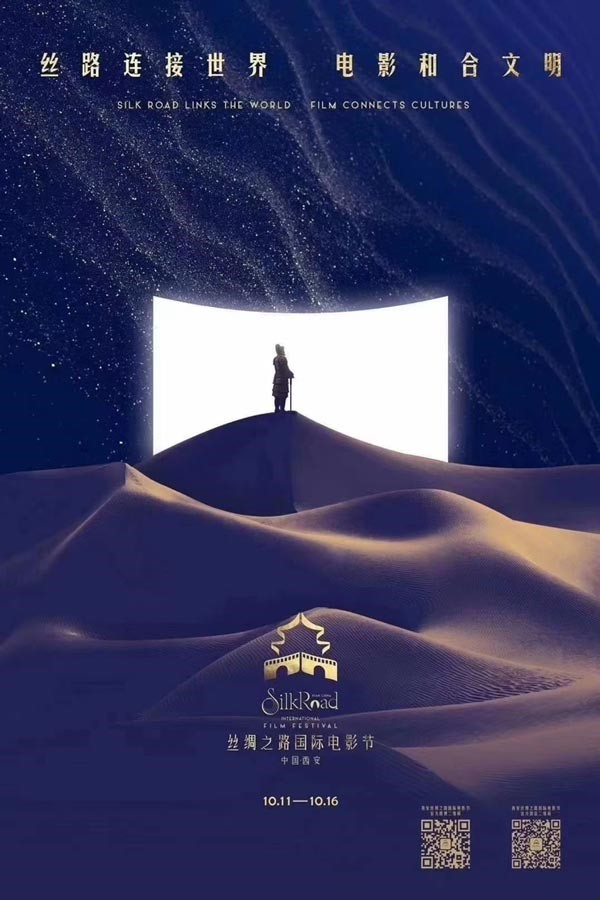 The theater screening of the films successfully opened on Oct. 8. Within nine days, 101 films from 37 countries and regions will meet the audience in the cinema.

The online screening will be held during the same period. Audiences can watch more than 400 excellent domestic and foreign films online through video platforms iQIYI and Xiying.com, which will attract more audiences to participate in the film festival from around the world.

The festival covers a wide variety of genres including dramas, cartoons and documentaries. Some international films including Wet Season, Golden Voices，L'Extraordinaire Voyage de Marona，Martin Eden, and domestic films including My People, My Country will be screened.

Some key recommended films are always very popular. French director Eric Rohmer’s movies, Conte de printemps, Conte d’été, Conte d'automne, Conte d'hiver are well received during the festival, tickets of which were sold out in a few minutes. Italian director Federico Fellini‘s movies 8½ and Apocalypse Now are also very welcomed among the audiences, with his movie Rome almost selling out.

The activity has three distinct features. The Silk Road character, which will be showcased in more than 70 percent of the films that came from Silk Road countries and regions among these 101 theatre screening films. The national participation, from online to cinema, everyone can find an appropriate way to join this festival. It highlights the theme of our times by incorporating a "comprehensive well-off society" exhibition, paying tribute to the cause of poverty elimination and building a moderately prosperous society in all respects.