CULTURE Most Americans 'don't want' Oprah to run for president

Most Americans 'don't want' Oprah to run for president 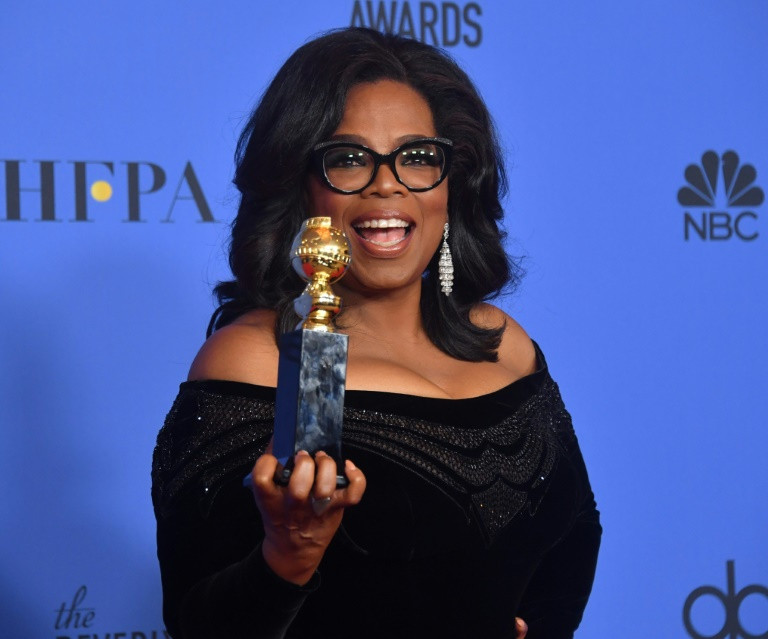 Actress and TV talk show host Oprah Winfrey, seen here posing with the Cecil B DeMille Award during the Golden Globe Awards on Sunday, delivered a rousing speech that has Democrats talking about her running for president in 2020.Photo: AFP

Americans may love Oprah Winfrey, but most don't want the chat show queen to run for president, although if she did she would beat Donald Trump, a poll revealed Friday.

Sixty-four percent of respondents have a favorable view of Winfrey, including 43 percent of Trump supporters, according to the NPR, PBS NewsHour and Marist survey.

Yet if a hypothetical presidential head-to-head was held today, 50 percent of national registered voters said they would vote in Winfrey as a Democrat. Only 39 percent said they would return Trump to office.

Voters were predictably split along party lines. Ninety-one percent of Democrats backed Winfrey. Eighty-five percent of Republicans said they would vote for Trump.

While there is little indication that 63-year-old Winfrey wants the job, Hollywood's loathing of Trump and Democrats' bafflement that a reality TV star could win with no previous government experience has fueled talk of finding their own celebrity candidate.

Trump said Tuesday he doubted Winfrey would run, but if she did, he would win.

The survey was carried out among 1,350 adults earlier this week, after Oprah's speech made headlines. The poll carried a margin of error of 2.7 percent and three percent among registered voters.