CULTURE Most people are willing to sort trash, survey says

Most people are willing to sort trash, survey says 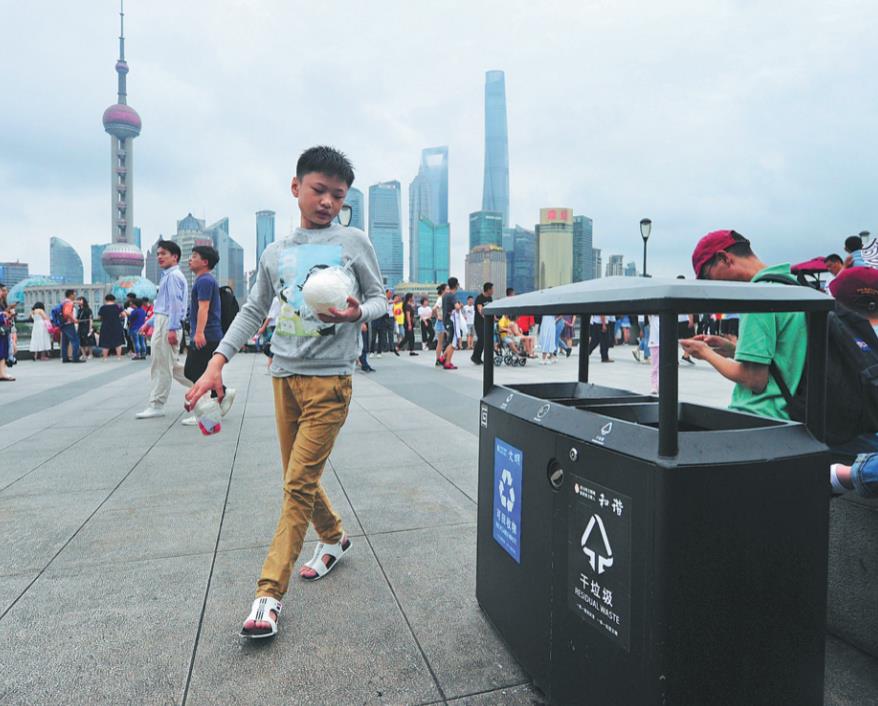 A young tourist walks toward a rubbish cabinet at the Bund in Shanghai. (Photo: China Daily)

Nearly 95 percent of people in 35 cities across the country are willing to classify waste, but more efforts are needed to transform that willingness into daily practice, according to a recent report by Shanghai Jiao Tong University.

The report, released earlier in October, was based on a survey of 3,508 people in 35 cities, including Beijing and Shanghai, by the university's public opinion research center.

"The poll reveals a general picture of citizens' attitudes toward the quality of the environment and their evaluation of the government's efforts in environmental protection," said Zhong Yang, director of the center.

Regarding garbage sorting, 94.6 percent said they would like to classify waste. However, in terms of the waste sorting achievements in the cities where they live, 51.6 percent thought "it was just OK", and around 39.1 percent thought the results were "not satisfying".

"The government should focus on how to guide and encourage more residents to participate in ecological conservation, and further improve the quality of the environment," Zhong said.

Shanghai, for example, as one of the first pilot cities for garbage sorting, has had its policy in place since July 1, and its impact has exceeded expectations. Up to 9,200 metric tons of kitchen garbage have been handled separately per day, up 130 percent from the end of last year, official data have shown.

In Huangpu district in central Shanghai, the amount of incinerated dry waste decreased by a quarter compared with the same period last year, according to Xu Zhiping, director of the environmental conservation department at Shanghai Landscaping and City Appearance Administrative Bureau.

"We are glad to see a growing number of citizens joining this cause," he said, adding that 220,000 people have volunteered to assist and supervise others in the sorting and recycling of household rubbish in neighborhoods.

China plans to set up domestic waste classification systems in 46 major cities by next year, and the 300 or so cities at the prefecture level and above should have similar systems to classify and dispose of trash by 2025, according to the Ministry of Housing and Urban-Rural Development.