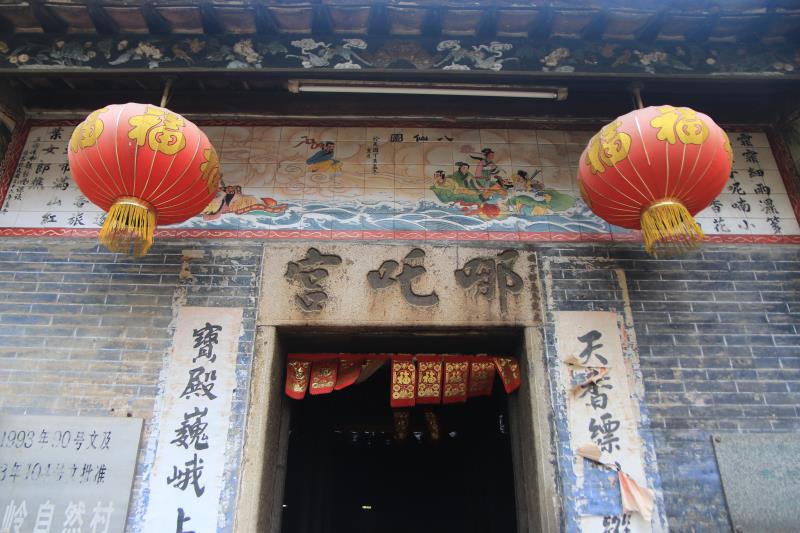 Ne Zha who was said to be born fully grown after his mother’s three-year pregnancy is a popular figure in Chinese mythology.

The movie continued to dominate theaters across the country on Saturday, the ninth day of its release, China Movie Data Information Network reported on Sunday.

Located in Dongping village in Tonghe township, the palace covers an area of more than 200 square meters.

The tile-roofed brick and wood bungalow with a history of more than 300 years faces the south, with one compartment on each side. The boy-god of Ne Zha is worshiped in its center.

According to a villager, the number of visitors to Ne Zha Palace has been on the rise after the film was released across the nation in late July.

He Guinuan, a villager, said Ne Zha has been regarded as the patron god by many villages in Baiyun district in northern part of the southern metropolis. Ne Zha Palace is attracting a growing number of visitors after the release of animation movie    Ne Zha in late July. (Photo: chinadaily.com.cn)

“Many villages in Baiyun district have been organizing every year grand birthday parties on March 6 of the Chinese lunar calendar, the birth date of Ne Zha, for decades,” He said.

“And many local students also visit Ne Zha Palace for good luck before sitting in any exams,” he added.

Ne Zha Palace was rebuilt in 1927 and again in 1947. The palace is now a historical and cultural site under the protection Guangzhou Baiyun district government.