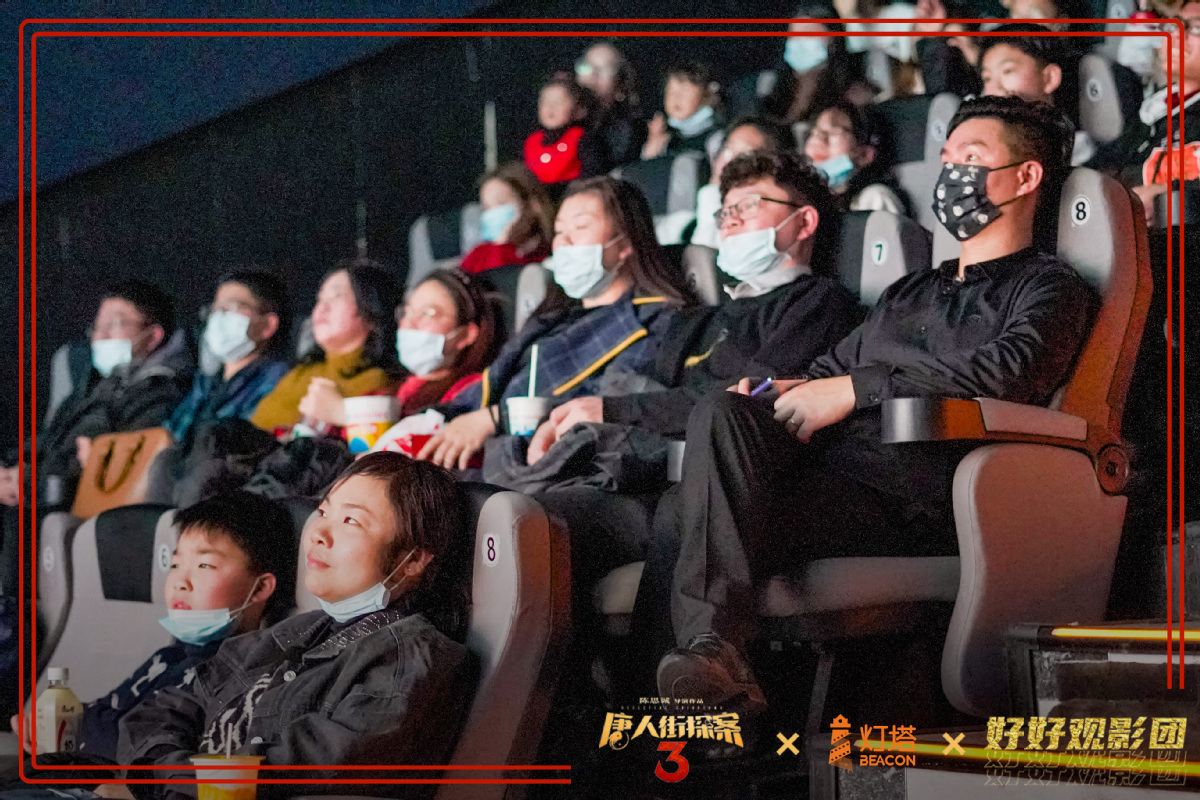 With millions of Chinese having chosen to stay where they are during the weeklong Spring Festival, theater staff are working overtime. They are happy to see the most prosperous time of the year for the Chinese film market, the world's largest in terms of annual ticket revenue.

As of Monday, the country has just set a new Spring Festival record by accumulating a box office total of around 6 billion yuan ($929.4 million) during the holiday, including presale tickets, according to the live movie information tracing app Beacon.

The figure surpassed the former same-period record of 5.905 billion yuan in 2019, indicating that homegrown films are doing a good job heating up the domestic market, said most insiders contacted by China Daily.

"There is no doubt that the 2021 Spring Festival has brought a big surprise to many industry insiders, enhancing their confidence of the return of the boom in the domestic market," said Rao Shuguang, president of the China Film Critics Association. He added that the shortage of appealing films in November and December stimulated the appetites of many movie fans during the festival, which has become one of China's most lucrative box office periods in recent years.

One day before Lunar New Year's Eve last year, China began a six-month closure of all cinemas in order to contain COVID-19. Most of the big-budget films skipped theaters to go direct to online, or were postponed to another hot box-office season such as the National Day holiday in early October.

Detective Chinatown 3, the third installment of the title franchise, which is about a couple of amateur detectives' adventures in solving mysteries, has soared as this festival's box-office champion by bringing in around 3 billion yuan despite receiving mixed reviews.

Hi, Mom, widely regarded as the top dark horse thanks to its tear-jerking depiction of mother-daughter affection, has earned 1.7 billion yuan in rising to the second slot. The film is the directorial debut of comedy actress-turned-filmmaker Jia Ling.

Director Lu Yang's A Writer's Odyssey, a boldly imaginative visualization of a horrible fantasy world, has taken the third seat. It's followed by the animated feature Boonie Bears: The Wild Life in fourth and the fantasy film The Yinyang Master in fifth place.

As an anti-epidemic measure, authorities are requiring theaters in low-risk areas to limit seating to 75 percent of capacity. What's more, as many people have remained in communities where they work for the holiday, instead of returning to their hometowns or traveling for fun, theaters in first-and second-tier cities have become more crowded, causing ticket prices to go up, industry watchers said.

"Most cinemas in big cities have raised ticket prices since there are more moviegoers but fewer seats. Besides, they have extra costs for pandemic-prevention items," said Yu Chao, deputy general manager of Beijing's Capital Cinema.

Song Bingmei, a manager at Nanning Minzu Cinema in the Guangxi Zhuang autonomous region, said most theater operators are hoping the Spring Festival boom will draw more quality films to speed the recovery of the film industry.