CULTURE Movies to anticipate during the 2021 Spring Festival holiday

Movies to anticipate during the 2021 Spring Festival holiday 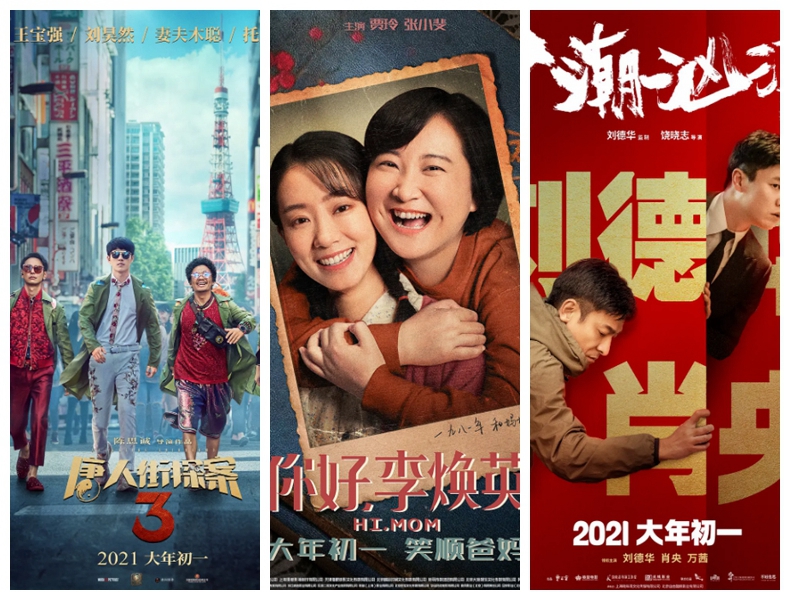 Besides eating dumplings and pasting window paper-cuts, watching movies is also a popular activity during the Spring Festival holiday.

Spring Festival is one of the peak seasons for movie ticket sales in China. China's box office continued to see robust growth into 2021 after scoring a record high for New Year's Day earnings. The total box office revenue in 2021 has exceeded five billion yuan (about $775 million) as of Monday, according to Maoyan, China's largest film ticket booking platform.

A total of seven films, all domestically made, will hit the cinema on Chinese Lunar New Year's Day, which falls on February 12. And comedies are always the first choice during this special time.

The comedy "Detective Chinatown 3" is one of the most highly anticipated films. "Detective Chinatown" has remained a successful comedy franchise since its first episode was released in 2015. Starring Wang Baoqiang and Turbo Liu, the franchise is about two unlicensed investigators who make it their duty to solve serious crimes in various Chinatowns in the world. It was previously scheduled to hit theaters during last year's Spring Festival holiday but was forced to postpone the release due to the COVID-19 epidemic. 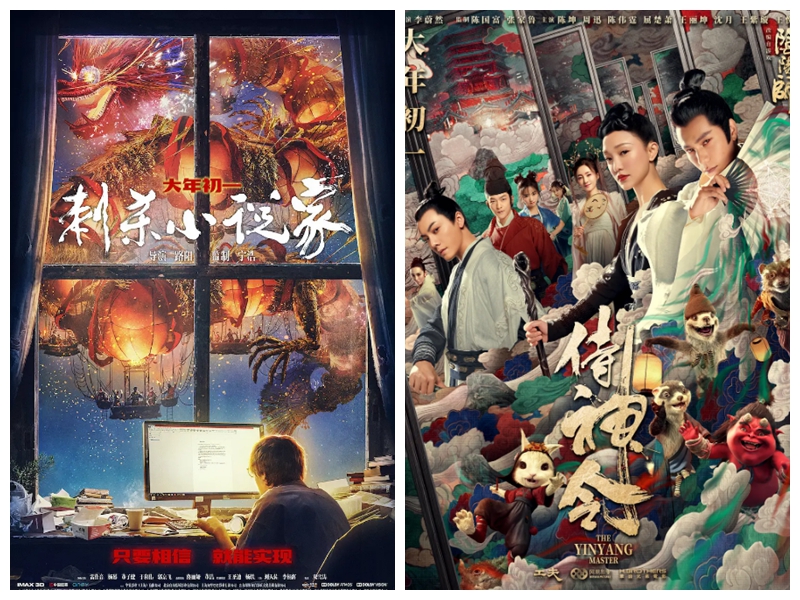 The film posters for "A Writer's Odyssey" (L) and "The YinYang Master." /Douban

Time travel comedy "Hi Mom" tells a story of a lady who meets her young mom when she travels back to the past. The story is written, directed and played by famous Chinese comedian Jia Ling. Meanwhile, comedy/crime film "Endgame" is about how two people live each other's lives by changing identities.

Two action/fantasy thrillers will also grace the big screen. "The YinYang Master" shows how onmyoji, or ying yang practitioner, Qing Ming works with gods to guard the city of Pingjing. "A Writer's Odyssey" is about how the fantasy world in a writer's book affects the real world.

Two big domestic animated films will also launch their new series during the Spring Festival holiday. "The Rebirth of Nezha," directed by Zhao Ji, will perhaps give viewers a brand new perspective on Nezha – a rebellious child deity from Chinese folklore. "Boonie Bears: The Wild Life" will continue the adventure of two bears and their friend Vick, the head of a small group of woodcutters.

Youku, iQiyi and Tencent, the three leading video apps in China, have also launched a "2021 Web Film Spring Festival Season”scheme. Several films, including "Getting Treasure in Shaolin Temple" and "Dreams of Getting Rich," will be released online on February 12. 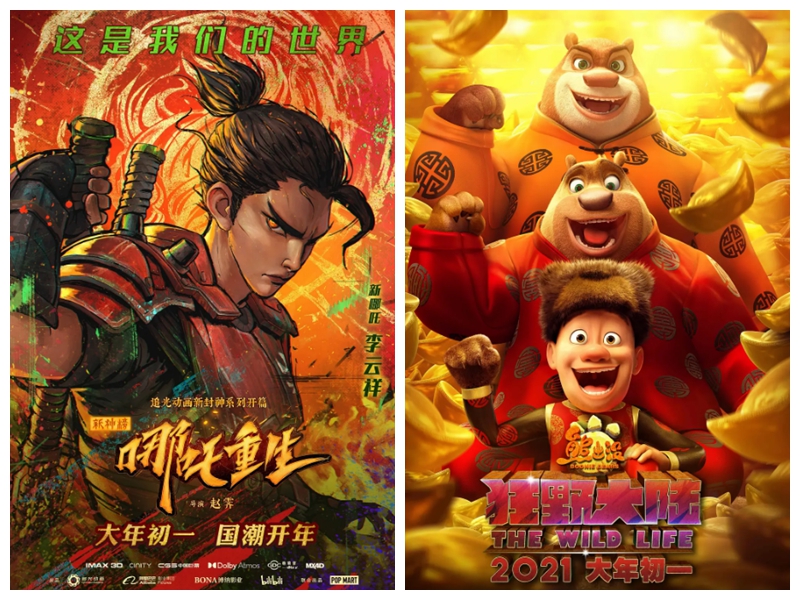 To ensure a safe watching environment, cinemas across the country have announced prevention and control measures to fight against COVID-19. Movie theaters in Beijing will also limit the seating capacity to 50 percent during the Spring Festival holiday, while the seating capacity in Jinhua city, Zhejiang Province will be less than 75 percent.

Disinfection measures have also been strengthened, and staff and moviegoers are required to wear masks in cinemas.

Some cinemas in the provinces of Hebei, Jilin and Heilongjiang have been closed due to the pandemic.