CULTURE Murray to give hip another workout at Eastbourne

Murray to give hip another workout at Eastbourne 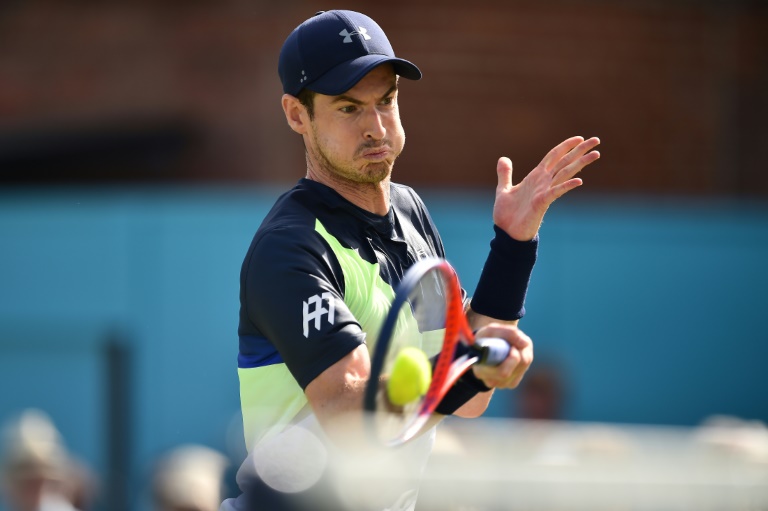 By the seaside: Andy Murray takes a wild card at Eastbourne.（Photo: AFP)

Former world number one Andy Murray is to take his decision over whether or not to play at Wimbledon to the wire after accepting a wild card to play at the Eastbourne ATP event next week.

The 31-year-old Scot -- a two-time Wimbledon champion -- will hope to get enough encouragement at Eastbourne after losing his first competitive match in 11 months earlier this week on the grass of Queen's to Australian Nick Kyrgios.

Murray had not played competitively since a Wimbledon quarter-final defeat against Sam Querrey last year as he was beset by a hip problem which eventually required surgery in Australia in January.

Murray, whose ranking has plummeted to 156 in the world, is so keen to test his match fitness he will be playing at the Eastbourne tournament for the first time since 2006.

"I'm looking forward to getting some more time on the grass courts at Eastbourne this week," said Murray.

"I played Davis Cup there in 2010 and I know the courts and facilities there are excellent.

"It was good to get back to competition at Queen's this week, and I'm hoping to building on that next week at Devonshire Park."

Murray, who also has a US Open and two Olympic singles titles to his credit, showed understandable signs of rust in his shot-making and movement at times against Kyrgios, but he was generally encouraged by his gutsy display in Tuesday's three-set defeat.