Museum and gallery visits down 77 percent 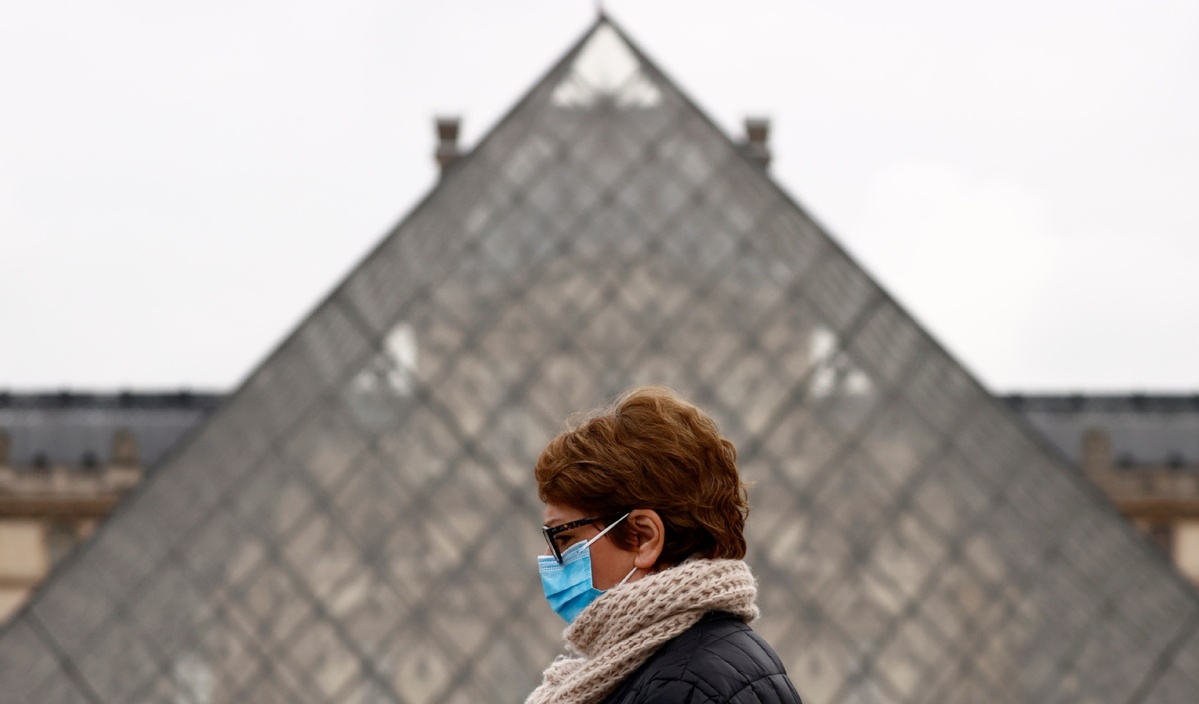 A woman wearing a face mask walks past the glass pyramid of the Louvre museum closed as part of COVID-19 restrictions measures to fight the coronavirus disease outbreak in France, January 7, 2021. (Photo: Agencies)

Attendance at the world's 100 most-visited art museums plummeted by 77 percent last year, down from 230 million in 2019 to just 54 million, as the novel coronavirus pandemic forced closures.

An annual survey by the Art Newspaper usually highlights museums that did well and the popular exhibitions, but its latest edition, published on Tuesday, focused on how visitor numbers and revenues have been ravaged by closures and restrictions.

The Art Newspaper noted that, on average, museums worldwide were shut for an extra 145 days last year, adding up to 41,000 days in total, which it said was "more than a century's worth of visits missed".

Topping the list of the world's most visited museums is the Louvre in Paris, which counted 2.7 million through its doors, despite a 72 percent dip and reported losses of 90 million euros ($106 million).

The Louvre was helped in large part by its once-in-a-lifetime Leonardo exhibition, which closed in February. It drew more than 10,000 visitors a day, making it the museum's most-visited show ever.

The French capital's three major art museums - the Louvre, Centre Pompidou and Musee d'Orsay - saw a combined 73 percent drop in attendance, down to 4.5 million from 16.5 million in 2019.

The Art Newspaper said that "in an ordinary year, more than nine million visitors jostle for position in front of Mona Lisa or Delacroix's Liberty Leading the People at the Louvre".

Beijing's National Museum of China is the second most popular museum in the survey with 1.6 million visitors. The museum closed for three months from Jan 25, and when it reopened, its maximum capacity was reduced by 90 percent - from a potential 30,000 to 3,000 visitors per day, which was gradually eased to 8,000 per day by August.

Third in the table is London's Tate Modern, with 1.43 million attending. Museums in the United Kingdom were closed for more than half of the year, and the Tate Modern reported that it lost 56 million pounds ($77 million) in revenue.

The British Museum was closed on more days than the Tate Modern, and so lost its UK top spot, held for nine out of the last 10 years. It was fifth in the global list, with visitor numbers down 80 percent to 1.27 million.

Other European institutions high on the list included Italy's Vatican Museums in fourth, with 1.3 million visitors, and Madrid's Reina Sofia, which was closed for only 80 days and drew 1.25 million, in sixth.

Alison Cole, editor of the Art Newspaper, was quoted in The Guardian saying the impact of the pandemic had been disastrous. "While there is happy anticipation of a May 17 reopening date in the UK, reduced capacity due to COVID measures and a dearth of tourists mean that most large museums are looking at four years until they get back to pre-pandemic health."