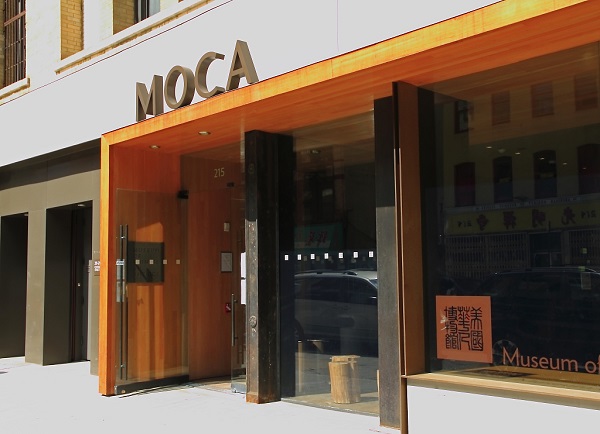 As the prime event of the museum's eight-week celebration of the Year of the Pig, the Lunar New Year Family Festival drew dozens of children and their parents who were engaged in a fun-filled day of activities, including a ribbon dance workshop, storytelling, zodiac face painting and a concert featuring traditional Chinese instruments.

Most of the children who attended the Spring Festival event were Chinese born in the United States. Parents hoped their children could find more connections with their ancestral home by attending cultural educational programs in the museum.

A major exhibition in the museum told the story of the earliest Chinese immigrants to the United States, who made great efforts to win greater civil rights in a society marked by bias and discrimination.

In front of a rusty laundry press, Wong, who only gave her last name for the interview, explained to her little daughter how the old machine worked. Running a laundry used to be the major way to make a living for Chinese Americans during the 19th and early 20th centuries.

"I want her to learn more about the Chinese culture, and where her roots came from ... and to understand more about the hardship the past generations (of Chinese Americans) have endured," said Wong.

A lion dance was performed by the Columbia University Lion Dance Troupe as the highlight of the day just outside the museum. Two lions, a red one and a blue one, wandered through a crowd of spectators, amusing them by blinking their large eyes and shaking their fluffy heads. Such dances are believed to usher in a year of good luck and fortune, according to the Chinese tradition.

Founded in 1980, MOCA aims at preserving and presenting the history, heritage, culture and diverse experiences of people of Chinese descent in the United States.