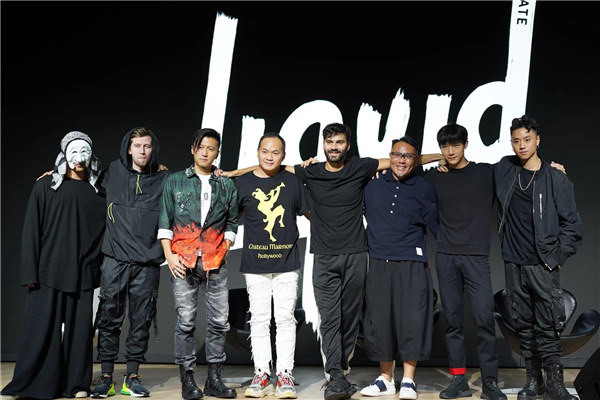 Norwegian DJ and record producer Alan Walker and Hong Kong singer-actor Nicholas Tse are working on a new collaboration, which will fuse elements of electronic music with Tse's rock background, and will be released later this year.

The two announced this during the annual Music Matters conference in Singapore on Sept 19. Their collaboration is being done under a label called Liquid State, a collaboration between Tencent Music Entertainment and Sony Music Entertainment. The label is the new home for electronic artists from Asia and beyond, which was launched 18 months ago in Hong Kong.

"Nicholas and I have been talking about a collaboration for nearly a year now, so we are delighted to announce that we are close to completing something magical that brings together our different music styles and cultures," says Walker, the ambassador for Liquid State. He is best known for his 2015 single, Faded. The single has so far sold more than 9.4 million copies worldwide in addition to being streamed more than 1.6 billion times on digital platforms.

"I am so excited to be able to collaborate with Alan on our upcoming music. This project combines influences from both of our rock and electronic backgrounds," Tse says.

Electronic music, one of the fastest-growing music genres in China, attracts young music lovers through online streaming as well as live experiences.

While developing and showcasing the abundant existing local talent, Liquid State also introduced its newly-signed Dutch artist, R3HAB, at the event in Singapore.

Fadil El Ghoul, better known by his stage name, R3HAB, has forged a name for himself as one of the leading artists in electronic music over the past 10 years.

As a part of his deal with Liquid State, R3HAB will release new tracks through the label, focusing on the Asia market, while licensing his 190-plus track catalog for release worldwide.

Speaking about the deal with R3HAB, Andy Ng, vice-president of Tencent Music Entertainment, says: "I've had the pleasure of seeing R3HAB come to China to perform on numerous occasions in the last year, and he is an artist that appreciates and understands the Asian music landscape."

As for Liquid State's prospects, Gunnar Greve, the managing director of the label, says: "This is only the beginning for us, and we are very pleased with the success of the label in such a short time. There is still such an incredible amount of untapped talent across China and Asia as a whole, who we hope to find, develop and take to the world."