Musical adapted from 'Monsters in the Forbidden City' books debuts 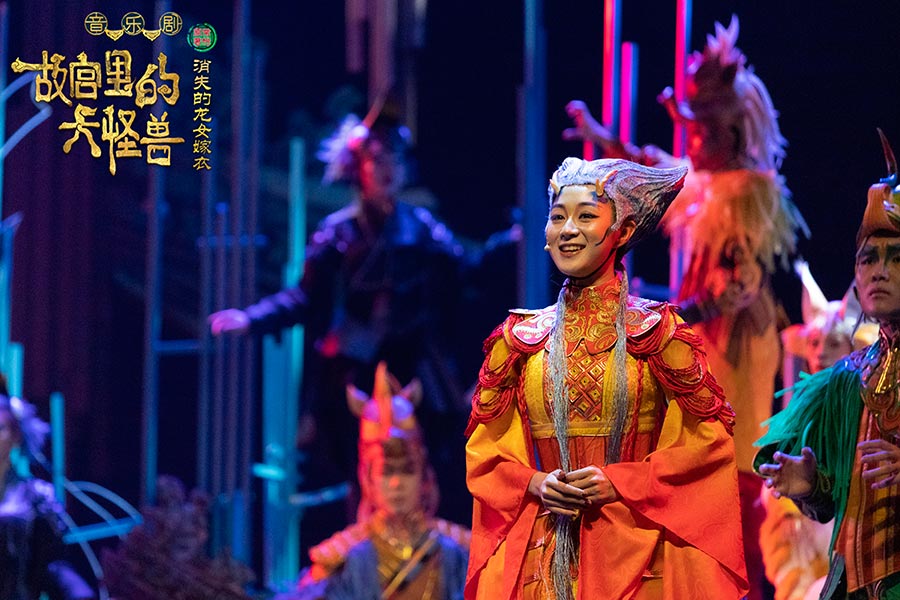 A scene from  Monster in the Forbidden City: Secret of the Disappearing Wedding Gown. (Photo: China Daily)

The Chinese musical Monster in the Forbidden City: Secret of the Disappearing Wedding Gown, hit the stage at the Tianqiao Performing Arts Center in Beijing from Jan 10 to 12, which will be followed by a nationwide tour throughout 2020.

Based on the popular children's book series by Chang Yi titled Monsters in the Forbidden City, the musical focuses on the adventures of Li Xiaoyu, a little human girl who broke into the world of Chinese mythological monsters and became friends with a dragon's daughter, whose wedding gown disappeared before the wedding day.

The musical is a sequel to the first Chinese musical adapted from the children's book series, Monster in the Forbidden City: Secret of the Shinning Stone, which made its debut in Beijing in 2018 with over 60 shows in about 20 Chinese cities.