CULTURE Nadal, Federer, Djokovic remain ones to beat at US Open

Nadal, Federer, Djokovic remain ones to beat at US Open 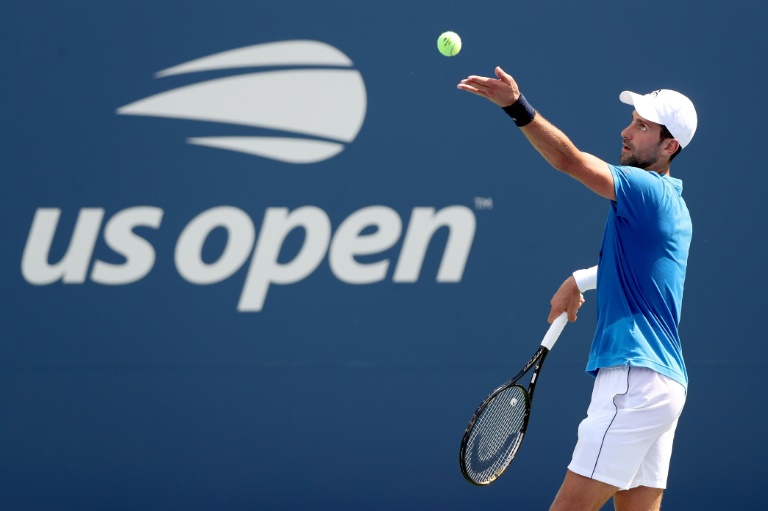 Top-seeded defending champion Novak Djokovic of Serbia practices for the US Open, which starts Monday in New York. (Photo: AFP)

While a host of young rivals hope to disrupt the dominance of the "Big Three" in men's tennis, Novak Djokovic, Rafael Nadal and Roger Federer remain the US Open favorites.

Federer, 38, doesn't see a problem with the dominance by the sport's elder statesmen, who together own 54 of the past 65 Slam titles.

"I don't think it's a problem, per se," Federer said. "Now that Novak, Rafa and me are healthy again, Andy (Murray) also slowly coming back again, has made it much harder for young guys to come through.

"They are definitely knocking on the door big-time now. I think that's very encouraging for those who want to see somebody else win. I think also Novak's domination, Rafa's domination is also not normal for the game of tennis.

"I think there's going to be chances moving forward, but it's not surprising with the type of tennis they've been playing in recent years."

Third-seeded Federer also throws in a chance for Swiss compatriot Stan Wawrinka, who like Britain's injured Murray has won three Slam crowns during the "Big Three" reign, but figures a familiar face will be lifting the US Open trophy.

"Yeah, it seems like the same guys are the favorites again this time around," Federer said. "It will be a surprise if anybody else won."

Defending champion Djokovic, seeking a 17th career Grand Slam title, has won four of the past five Slams, denied only by Nadal's French Open win in June. The 32-year-old Serbian says he has adjusted to the extra pressure of defending over the years.

"It's a paramount challenge to defend a Grand Slam title," he said. "These are the tournaments you want to win the most. This is where you want to shine."

Nadal, 33, has made an impressive run with titles at Rome, the French Open and Montreal and a Wimbledon semi-final loss to Federer.

"Arrive to the big events with good feelings helps," Nadal said. "Positive feeling, positive memory on my mind. That helps for the confidence.

"For the moment I am feeling well. I am practicing well during the whole week. Now remain a couple of days to just push a little bit more and try to start the tournament in a good way."

Second-ranked Nadal, an 18-time Grand Slam winner who took his 12th French Open title in June, isn't too excited over Federer and Djokovic both being in the opposite half of the draw.

Russia's Daniil Medvedev has enjoyed a stellar US Open run-up with a win at Cincinnati and runner-up efforts at Washington and Montreal.

"I don't consider myself as one of the favorites just because at this moment of my career I haven't even been in a quarter-final of a Slam," Medvedev said. "If I get to the quarter-final, it's going to be already a step forward and I'm going to be really happy about it.

"When I play my best tennis I can beat basically everybody and that's what I need to keep doing here."

Austrian fourth seed Dominic Thiem lost to Nadal in the Roland Garros final and will be a threat.

Germany's sixth-ranked Alexander Zverev warns not to ignore other lower seeds such as Japan's seventh-seeded Kei Nishikori, the 2014 US Open runner-up, and Greece's eighth-ranked Stefanos Tsitsipas.

"There are a few guys that have a real shot to win it," Zverev said.

"Obviously the 'Big Three' we don't need to talk about. Of course, Novak is the big favorite, no question about it, but there are other guys that have been playing great tennis. I think those guys will be able to do some damage."

Federer, however, wouldn't mind stretching his lead over Djokovic and Nadal in the men's all-time Grand Slam title race.

"I'm not putting extra pressure on myself. I know it's going to be tough," Federer said. "I feel like I'm part of that group who can do it."