The Nanjing Road Pedestrian Mall, perhaps the most prominent shopping street in China, is a mirror of the evolution of Shanghai’s commerce and local lifestyle. Shanghai Daily photographer Wang Rongjiang documents what makes this road so special. 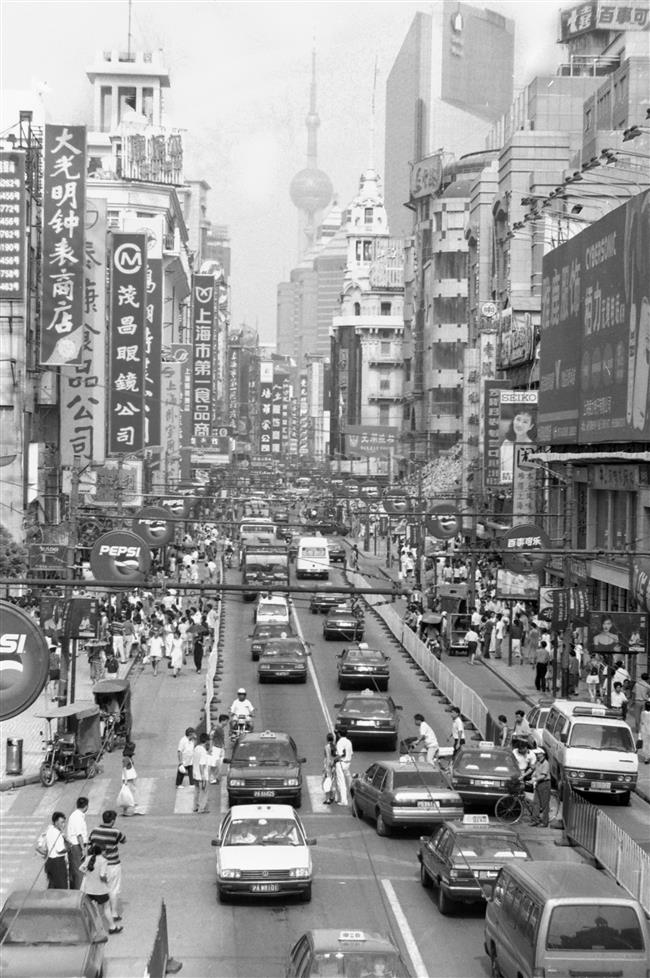 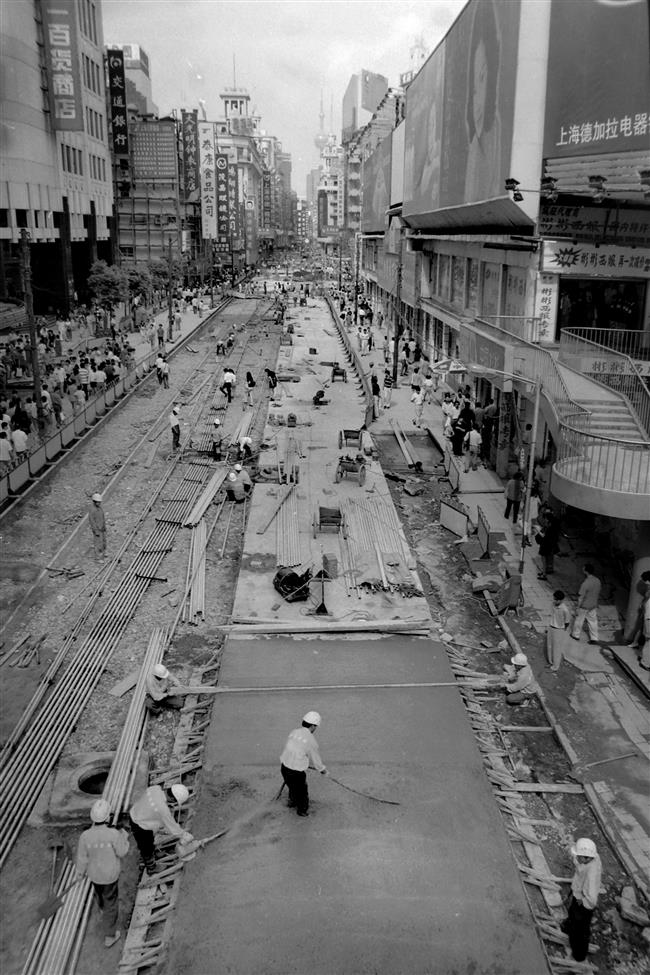 The road underwent extensive reconstruction before being turned into a pedestrian mall. 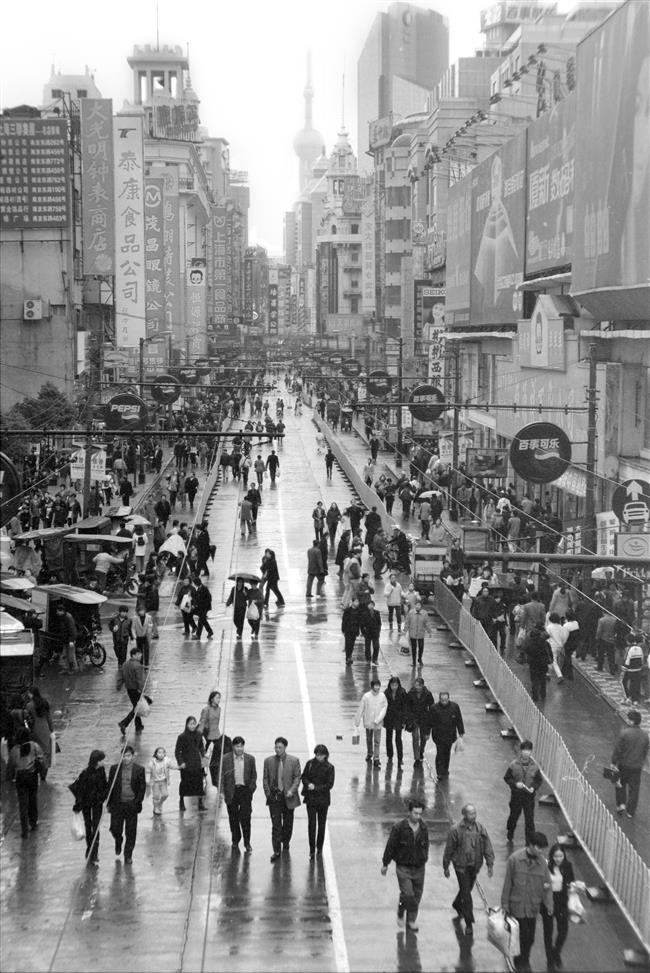 The pedestrian mall was opened to the public in September 1999 and quickly became popular. 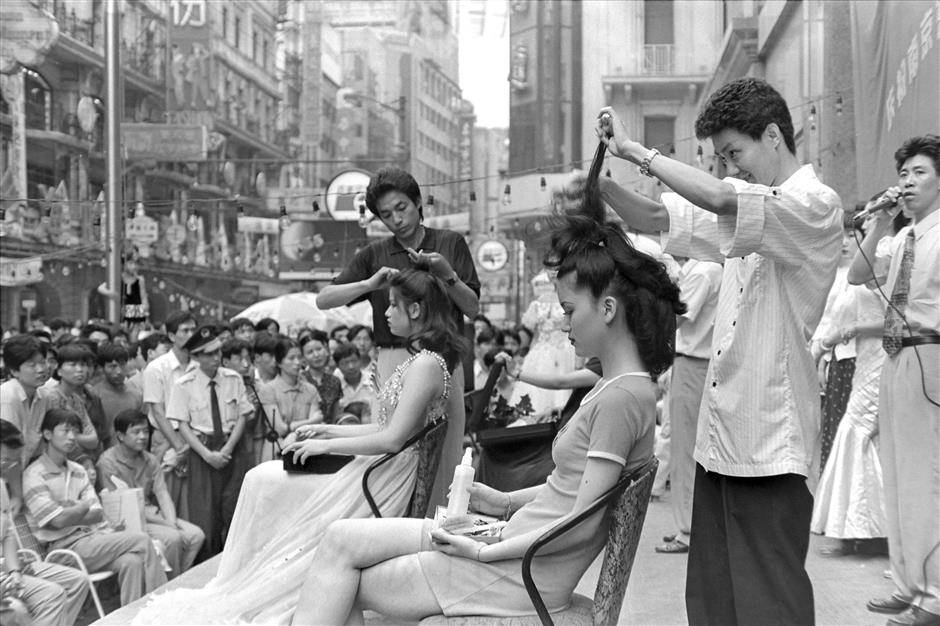 The roadside was once used to promote local businesses. Stylists from the Nanjing Hair Salon gave a public demonstration of their skills in 1995 before a crowd of onlookers. 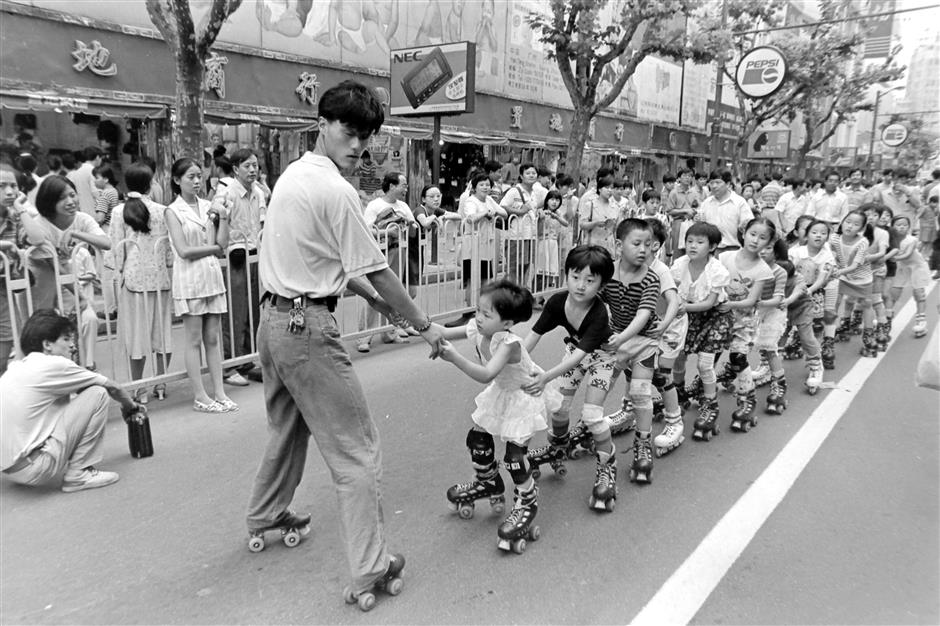 Children skated on Nanjing Road in 1996 after vehicular traffic was banned on weekends. 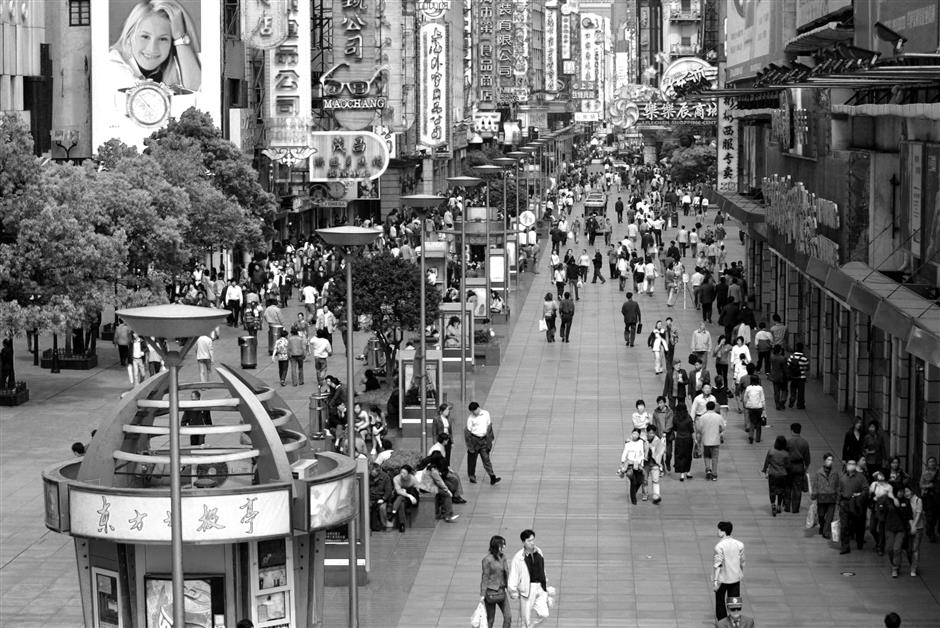 Nanjing Road was upgraded with street lamps, benches and kiosks in 2003. 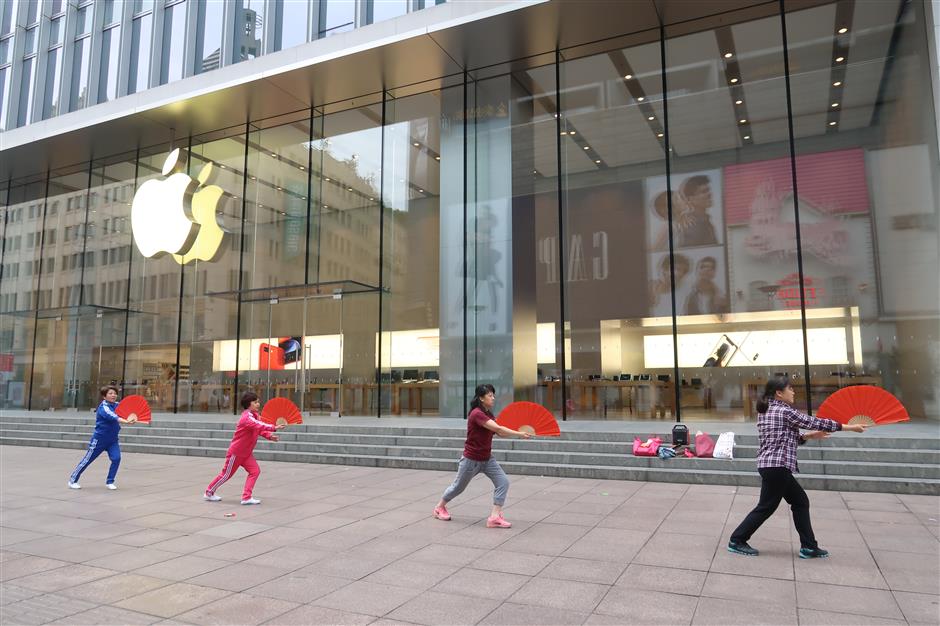 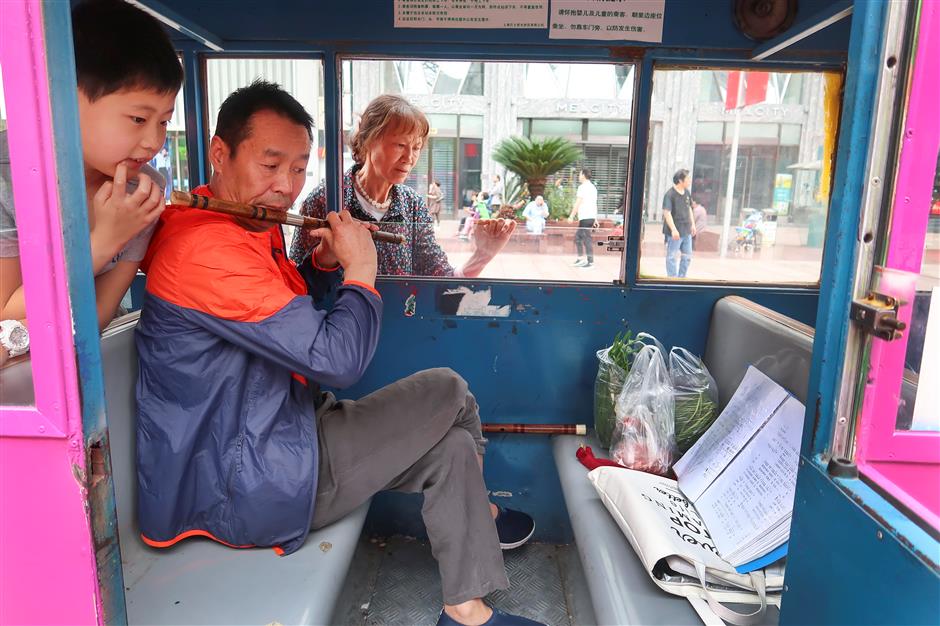 A man practices the flute on a sightseeing train before it starts its daily services. 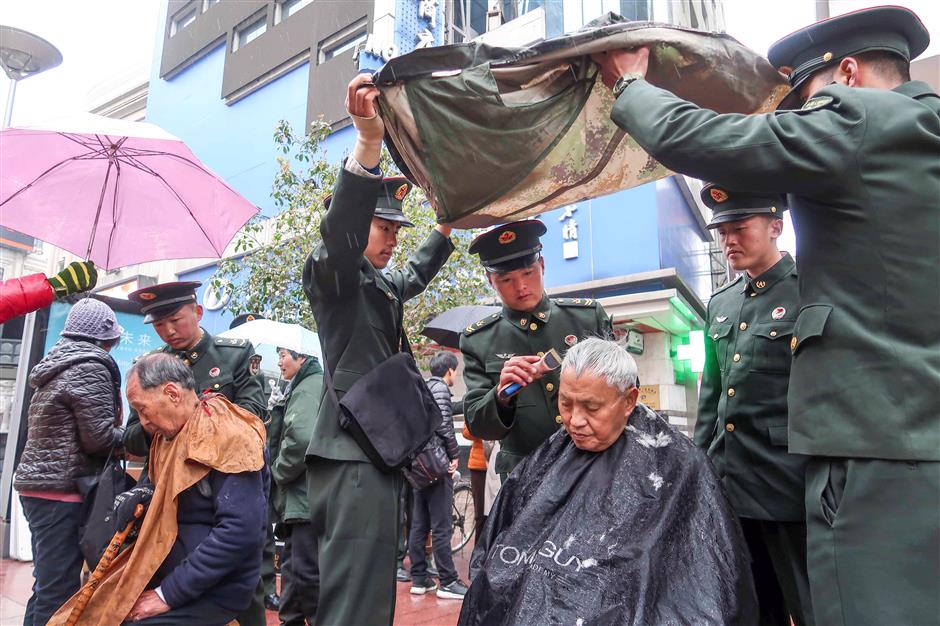 Soldiers giving free haircuts to local elderly residents on March 5 had to provide makeshift cover after a sudden rainstorm. March 5, or Lei Feng’s Day, is held to mark the selfless work of one soldier and encourage everyone to lend a hand to those in need. 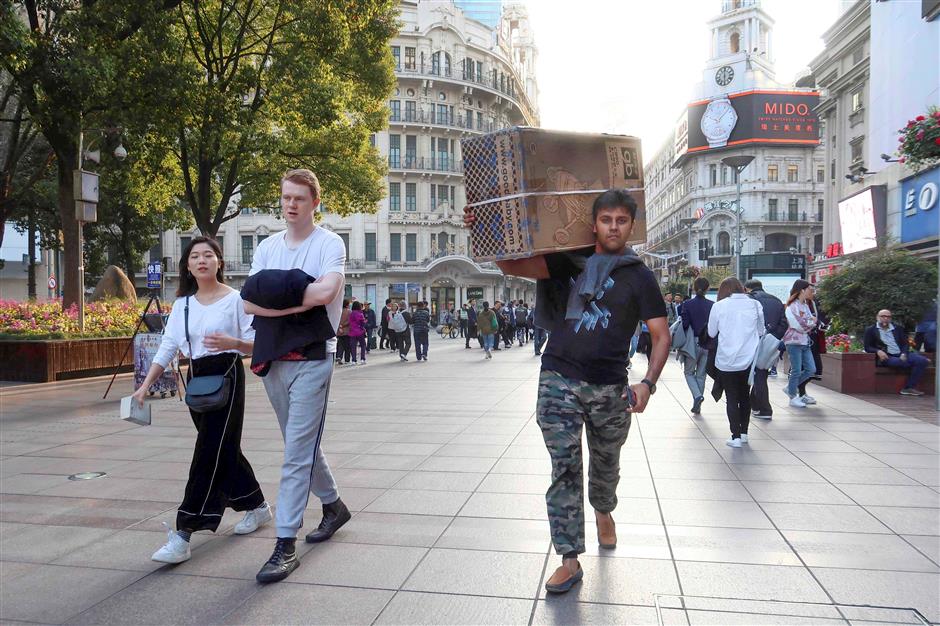 A foreign tourist carries a new baby stroller he just bought in a shop at the pedestrian mall. 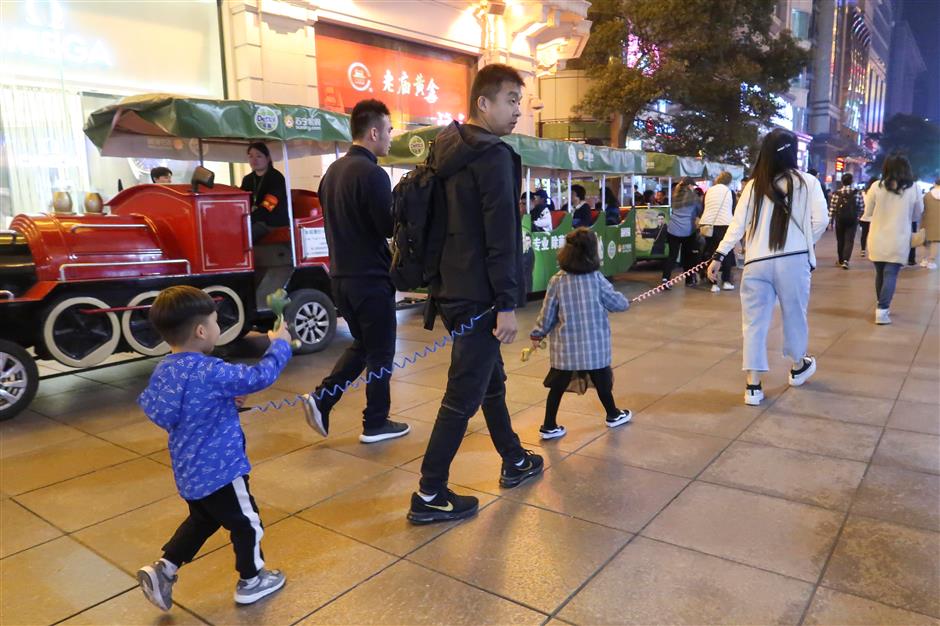 Two parents keep their children tethered to prevent losing them in the crowds on Nanjing Road.

An expat family enjoys a ride along Nanjing Road. 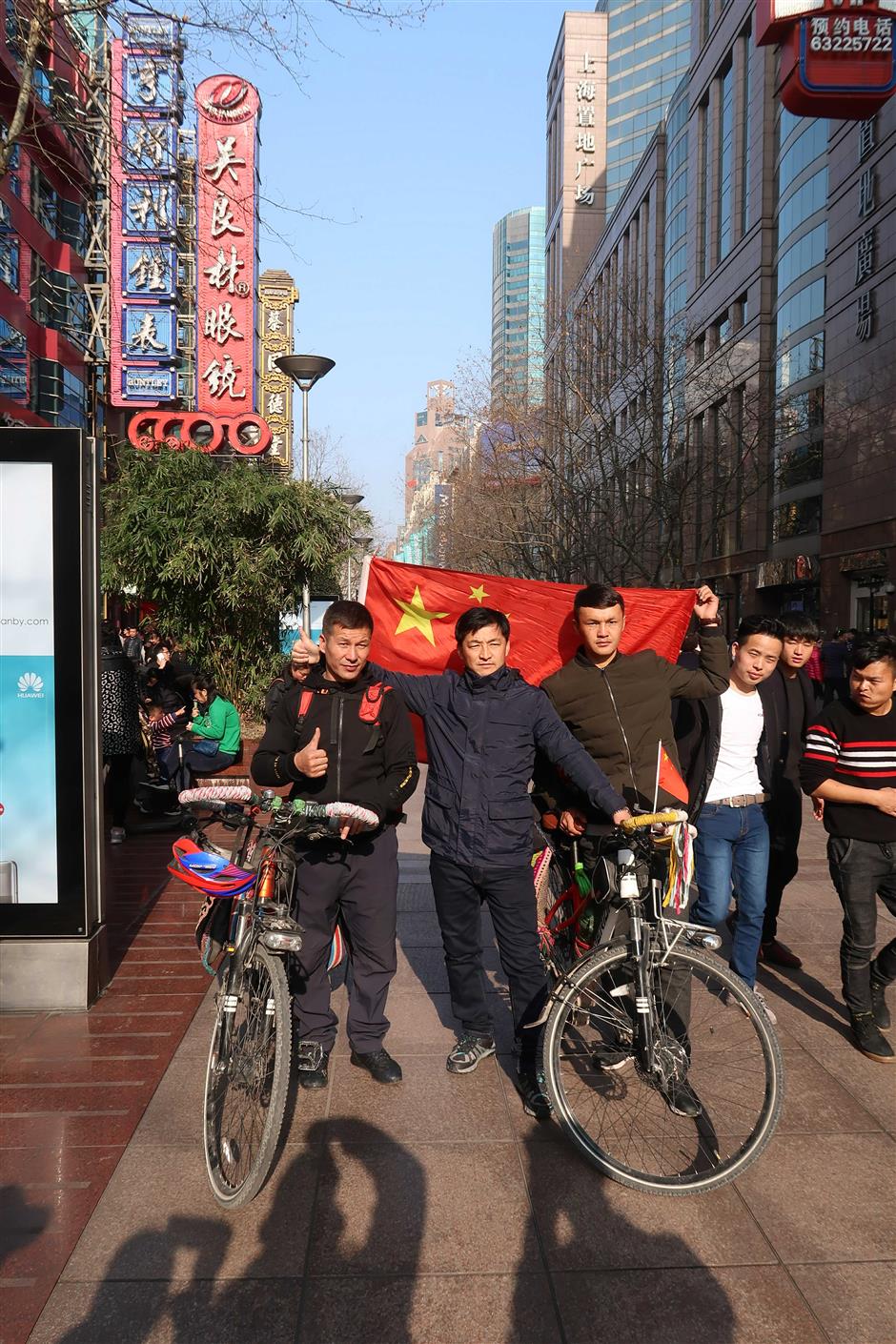 Cyclists who has been traveling around China pose for photos with a national flag as they pass along Nanjing Road.