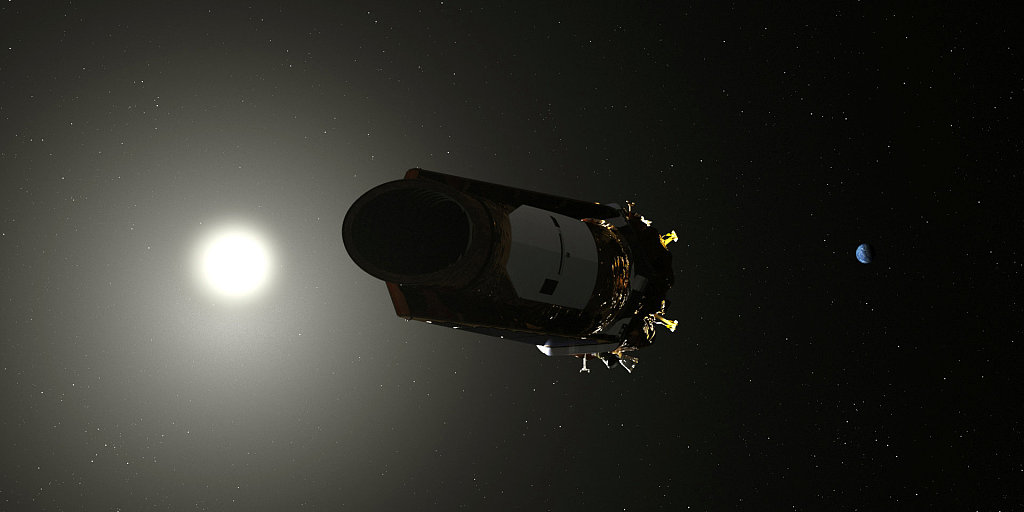 An artist's conception of the Kepler Space telescope is shown in this illustration provided October 30, 2018. (Photo: VCG)

The US space agency's Kepler space telescope has run out of fuel and is being retired after nine and a half years, having helped discover more than 2,600 planets, some of which may hold life, officials said Tuesday.

The unmanned space telescope, which launched in 2009, revealed that billions of hidden planets are in space and revolutionized humanity's understanding of the universe, experts said.

Kepler helped astronomers measure potential planets by glimpsing transits, or moments when planets passed in front of their stars.

Kepler showed that "20 to 50 percent of the stars visible in the night sky are likely to have small, possibly rocky, planets similar in size to Earth, and located within the habitable zone of their parent stars," NASA said in a statement.

"That means they're located at distances from their parent stars where liquid water -- a vital ingredient to life as we know it -- might pool on the planet surface."

Kepler's demise was "not unexpected and this marks the end of spacecraft operations," said Paul Hertz, astrophysics division director at NASA, on a conference call with reporters.

Signals that fuel was nearly out were seen two weeks ago.

Scientists were able to get all the data from Kepler down to Earth before it completely ran dry.

NASA said it has decided to retire the spacecraft "within its current, safe orbit, away from Earth."

NASA's retired principal investigator for the Kepler mission, Bill Borucki, described it as an "enormous success."

"We have shown that there are more planets than stars in our galaxy," Borucki said.

NASA has experienced a series of spacecraft problems lately.

NASA's Opportunity rover is stalled on the surface of Mars following a major dust storm that struck in late May and June.

The asteroid-hopping Dawn mission ran out of fuel last month.

The Hubble Space Telescope and Chandra X-Ray Observatory experienced technical problems earlier this month that have since been fully repaired.

NASA says Kepler's mission may be over but its discoveries will be studied for years to come.

Both use the same system of detecting planetary transits, or shadows cast as they pass in front of their star.

The new spacecraft will focus on nearby exoplanets, those in the range of 30 to 300 light-years away.

Kepler confirmed a trove of 2,681 planets outside our solar system. However most of these exoplanets were too distant and dim to be examined further.

The far more advanced James Webb Space Telescope, scheduled to lift off in 2021, should be able to reveal more about planets' mass, density and the makeup of their atmosphere -- all clues to habitability.

"Because of Kepler, what we think about our place in the universe has changed," said Hertz.

"The Kepler mission has paved the way for future exoplanet studying missions."