The Tiger Ying, a rare Chinese bronze water vessel believed to have been taken during the looting of Beijing's Old Summer Palace in 1860, returned to China’s National Museum on Tuesday. 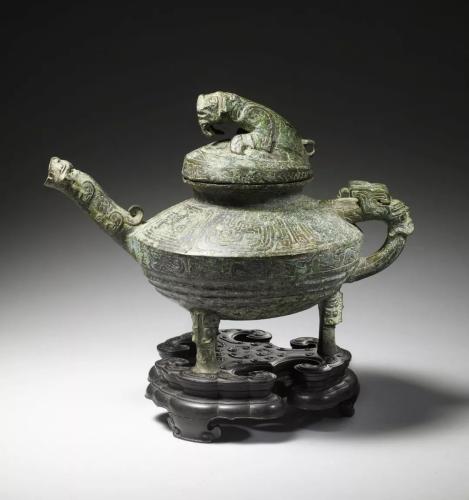 The vessel dates back to the Western Zhou dynasty (1027-771 BC). It is called the Tiger Ying because the spout and lid are both cast with models of the creature.

The Tiger Ying  went on sale at the Canterbury Auction Galleries on April 11 and the buyer made the winning bid of 410,000 pounds through the  phone.

According to the Canterbury Auction Galleries, only six similar archaic vessels, known as Ying, are said to exist. The Tiger Ying collection is now housed  in  various museums.

The State Bureau of Cultural Relics, the Chinese Embassy to the UK and the National Museum of China collaborated closely after the buyer was willing to donate the Tiger Ying in late April. Witnessed by Chinese ambassador Liu Xiaoming, the relic was handed to Chinese parties in November, which eventually returned to Beijing, where it has been separated for 158 years.

In recent years, the bureau has been finding ways to retrieve relics from abroad, and has managed to recover around 4,000 cultural relics.