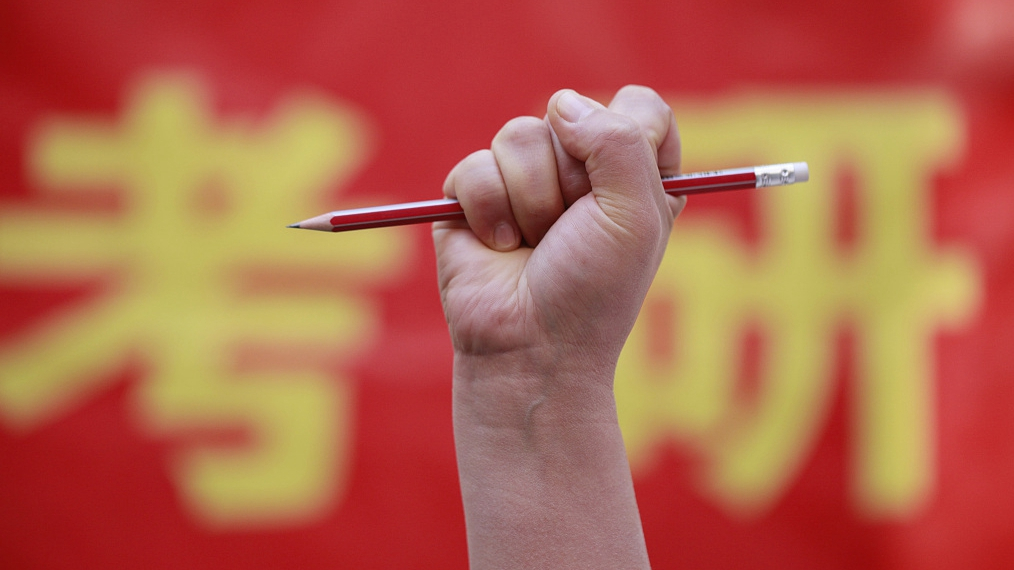 China's National Postgraduate Entrance Examination (NPEE) for 2020 ended on December 22, ushering in a moment of relief  for candidates after months of struggle.

Earlier, the ministry of education announced that 3.41 million students had entered the examination this year, breaking the three million mark for the first time.

And the reason these people partake in the examination is also different.

Meng Chenzhen, a civil engineering graduate from a Project 985 university in Beijing wanted to go to Shanghai Jiao Tong University (SJTU) for further studies. He left school in early July and went straight to Shanghai, where he rented an apartment near SJTU six months in advance.

Huang Yixin, a senior student at SJTU, is still studying at his university. He likes his major of Control Technology and Instruments. He feels that his undergraduate courses are not enough, so he has to continue with postgraduate studies.

Liu Daqing, who has applied for the Department of Electronic Engineering at Xiamen University, said he took the entrance exam mainly to find a good job and gain more initiative in the future. He noted that social competition pressure is too big, and the undergraduate graduate salary is rising slowly right now. Also, some positions also have explicit graduate qualifications.

Liu added that he does not have the confidence to obtain employment immediately after graduation from his degree alone.

In recent years, the popularity of the NPEE has been increasing, with a variety of factors prompting candidates to apply for the exam, according to the "National Graduate Enrollment Survey Report for the Year 2020," which was released on December 18.

At present, the steady development of economy and structural transformation in China have brought forward the urgent demand for high-level personnel training, and candidates have increasingly higher requirements for improving their competitiveness.

An advanced degree can bring advantages but also come at a great cost to time. "The role of education background in recruitment is still there," said Chu Zhaohui, a researcher at the National Institute of Education Sciences, he said there are also problems behind the craze for NPEE.

Although an advanced degree can bring advantages, the comparative time and opportunity cost is also higher and candidates should take their conditions and career plans into account and make a rational decision, Chu added.