CULTURE Native tribe recognized by US government after long fight

Native tribe recognized by US government after long fight 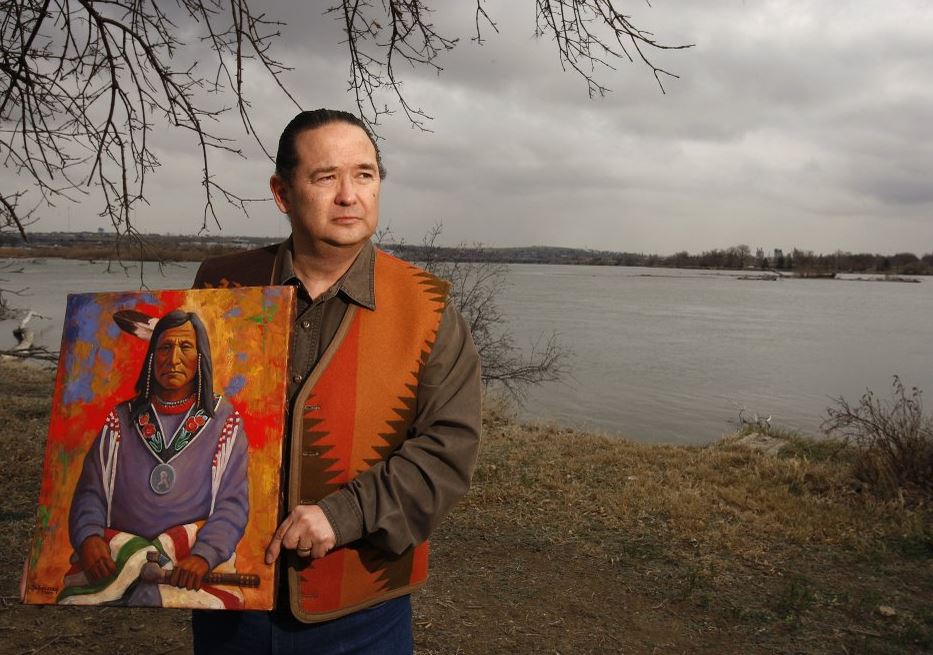 Russell Boham, executive director of the Little Shell Tribe, holding a painting of Chief Little Shell on the banks of the Missouri River in Great Falls, Mont. in 2009. (File photo: AP)

An American Indian tribe whose members were scattered after being denied a homeland more than a century ago has been formally recognized by the US government.

Recognition of the Little Shell Tribe of Chippewa Indians was included in a defense spending bill signed into law Friday night by President Donald Trump. That ends a campaign for recognition as a sovereign nation that tribal leaders trace back to the 1860s. That’s when Chief Little Shell and his band in North Dakota refused to sign what they considered an unfair treaty. They ended up landless, and most eventually settled in Montana, often living on other tribes’ reservations or in poor areas of the state’s urban centers.

Members of Montana’s congressional delegation had sought the provision that was inserted into the defense bill. The Department of Interior had repeatedly delayed or denied the tribe’s petitions for recognition over the course of decades, putting a spotlight on what many lawmakers and tribal officials said were flaws in the recognition process.

The recognition provision requires the Department of Interior to grant the Little Shell 200 acres in central Montana as a tribal land base, with more land acquisitions possible in the future.

Tribal leaders will now enter into talks with federal agencies about what kind of services will be provided to its members. The tribe claims more than 5,000 members. Most are in Montana but others live in Canada and the Dakotas.

As a condition of receiving any federal benefits such as for health care and community development program, the tribe has to submit a membership roll to the Department of Interior within 18 months, or by mid-2021. The Department oversees the Bureau of Indian Affairs.

How much aid the tribe receives will depend on the number of certified members, according to agency spokeswoman Genevieve Giaccardo.