CULTURE Naturalized Browning could be next for China

Naturalized Browning could be next for China 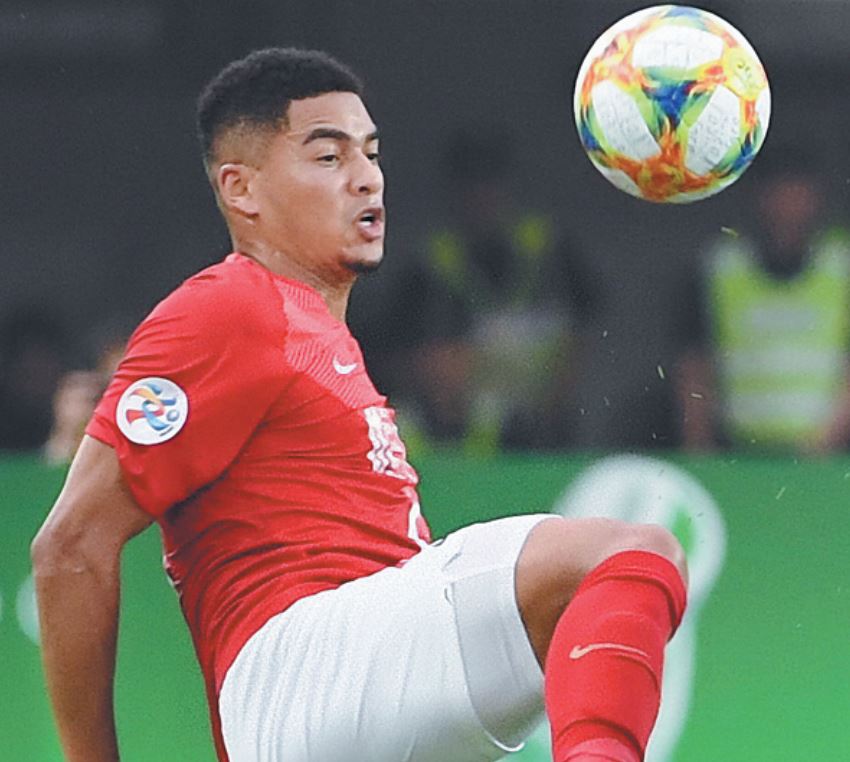 England-born Tyias Browning is the latest addition to China's growing list of naturalized soccer players, but it remains to be seen whether the 25-year-old defender will make the grade for the national team.

According to Guangzhou Daily, the naturalization process was completed this week and Browning is now officially a Chinese citizen, taking the name Jiang Guangtai.

Browning joined Everton's academy as a 10-year-old in 2004 and was a regular starter in the Toffees'2010-11 Under-18 Premier League-winning side.

A first-team call-up, albeit as an unused substitute, followed before Browning turned pro in 2013. However, during a frustrating, injury-curtailed six-year period, he failed to nail down a place in Everton's senior starting XI and was loaned to Wigan Athletic, Preston North End and Sunderland.

In February, Browning transferred to Chinese Super League club Guangzhou Evergrande for an undisclosed fee, making his debut the following month in 2-0 AFC Champions League victory at home to Japanese side Sanfrecce Hiroshima.

There were rumors about Browning's naturalization from the moment he joined Evergrande, with speculation he could play a significant role in Team China's defense and complement a starting XI that includes two other naturalized players-Brazil-born forward Ai Kesen (aka Elkeson) and England-born midfielder Li Ke (aka Nico Yennaris).

However, given that Browning has represented England at the under-17, under-19 and under-21 levels, it's still a question if the promising defender, who has a Chinese grandfather, can qualify to play for China.

According to sports.163.com, Browning's legal team is working on the issue and awaiting a decision by FIFA.

Meanwhile, Browning's completed naturalization is a boost for CSL leader Evergrande. As he was still classified as an import before the season, the club could not add him to its first-tier roster due to the league's foreign quota.

Browning, who plays in central defense or as a rightback, is now training with Evergrande's reserve squad, and next season can suit up as a Chinese player.

Evergrande's 30-year-old forward Alan is reportedly poised to become China's next naturalized star after giving up his Brazilian nationality and telling his teammates he's "already Chinese".

Together with Browning and Ai Kesen, who scored twice on his Team China debut in a 5-0 World Cup qualifying win against the Maldives last month, Evergrande looks set to enjoy a big upgrade from its foreign-born contingent.