CULTURE Navajo Nation residents to be under strictest lockdown yet

Navajo Nation residents to be under strictest lockdown yet 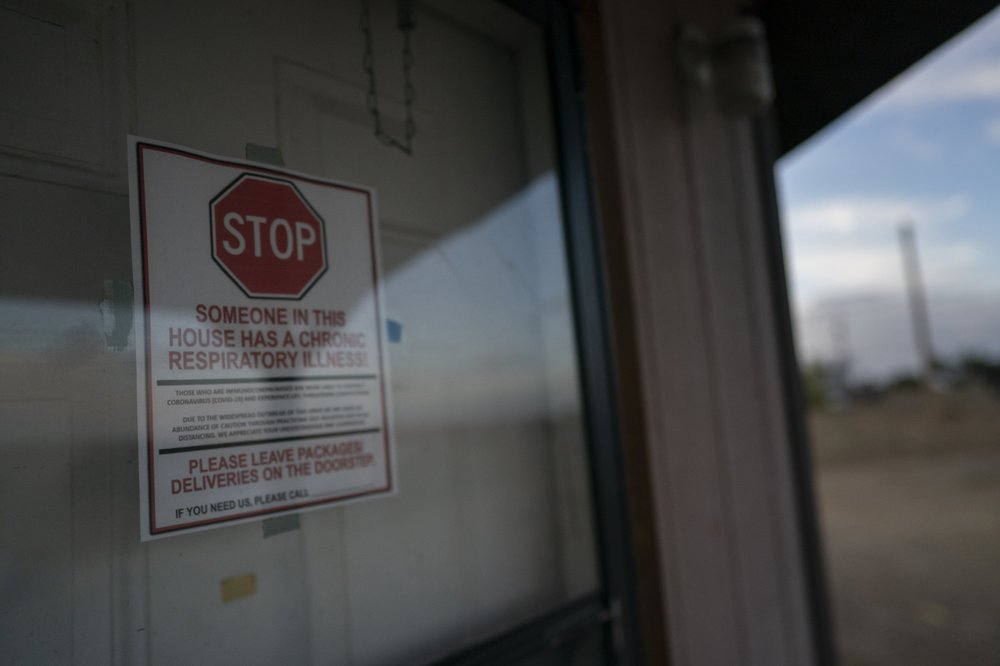 A sign is posted on the door of the hogan, a traditional Navajo dwelling, of Mabel Charley's home-bound uncle, to keep visitors out in Chilchinbeto, Ariz., on the Navajo reservation on April 21, 2020. (Photo: AP)

Residents of the Navajo Nation will be under the strictest weekend lockdown yet, with grocery stores and gas stations closed, and even essential workers ordered to stay home.

Navajo President Jonathan Nez made the announcement after a spike in deaths that he attributed to shifting traffic patterns after the city of Gallup recently shut down to outside visitors. That lockdown in northwestern New Mexico has since ended.

On the Navajo Nation, residents will face citations, with potential fines and jail time, if they leave their homes during the lockdown, which starts Friday night and ends Monday around dawn. Nez urged people to listen and not pack their bags to head out of town during the lockdown.

While the state of Arizona has loosened its restrictions on residents and businesses, the Navajo Nation has clamped down. The tribe already has daily nighttime curfews and requires people to wear masks when out in public. Government offices are closed or have limited services. The tribe’s stay-at-home order has been extended to June 7, while Arizona’s expired Friday.

As of Friday, the tribe reported 127 deaths and 3,740 positive coronavirus cases since it first began tracking the figures. More than 500 people have recovered, tribal health officials said. There were no new deaths reported on Friday.

Loretta Christensen, the chief medical officer for the Navajo-area Indian Health Service, said the reservation’s three largest hospitals hit capacity last week — in line with expected predictions — and a significant number of patients were transferred off the reservation.

“We’re still getting cases across the area, but not at the velocity we did before,” she said in a call with reporters Thursday.

People who have tested positive but no longer need to be hospitalized are being encouraged to stay in one of three isolation centers set up in basketball gyms on and off the reservation to protect their families. Isolation tents also are available for those who would rather not leave their property, Christensen said.

McKinley County, which includes Gallup, had been the hot spot on the reservation because of a recent outbreak at a detox center. Apache County in Arizona surpassed it with the most COVID-19 cases on the reservation, according to the Thursday figures.

Apache County had 948 positive cases, while McKinley County had 928, tribal officials said. Navajo County in Arizona had 757 cases, and San Juan County in New Mexico had 428. Six other counties in Arizona, New Mexico and Utah had smaller numbers.