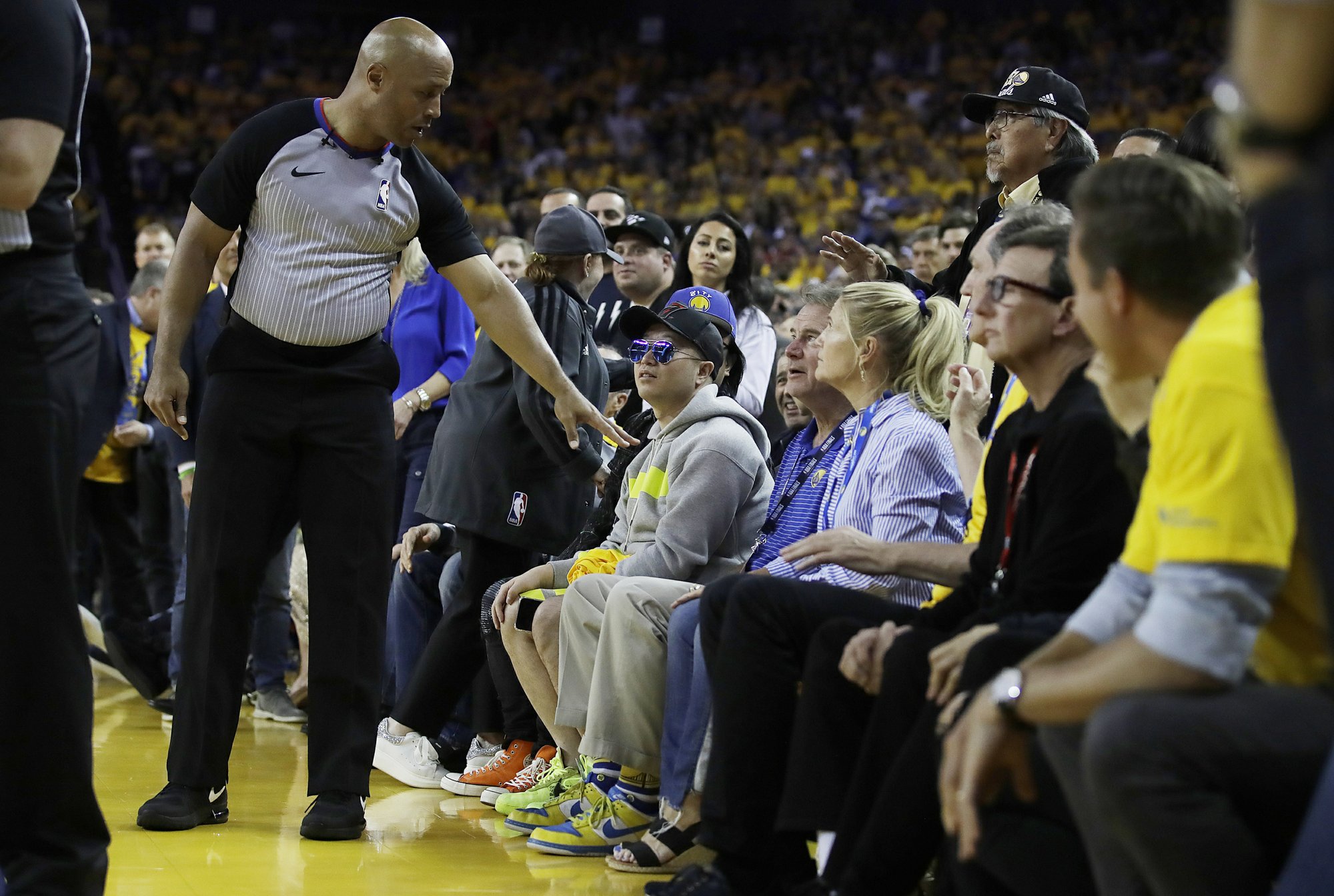 Referee Marc Davis, left, gestures toward Golden State Warriors investor Mark Stevens, partially obscured in blue shirt, during the second half of Game 3 of basketball's NBA Finals between the Warriors and the Toronto Raptors in Oakland, Calif. June 5, 2019. (Photo: AP)

The NBA has banned Golden State Warriors investor Mark Stevens from attending games and any Warriors team activities for one year, and has fined him $500,000 for shoving Toronto guard Kyle Lowry.

Stevens’ ban is effective immediately and will carry through the entire 2019-20 season, including the playoffs.

The NBA says its investigation found that Stevens pushed and directed obscene language toward Lowry.