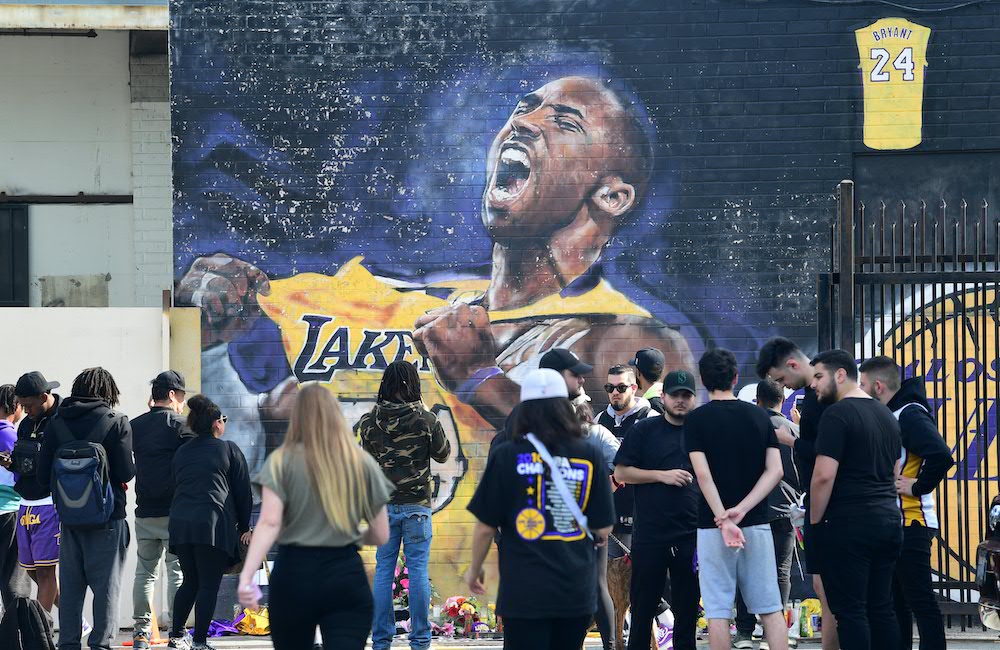 Fans gather to mourn the death of NBA legend Kobe Bryant at a mural near Staples Center in Los Angeles, California on January 27, 2020. (Photo: AFP)

Los Angeles Lakers players will have more time to mourn the death of Kobe Bryant before returning to the court after the NBA on Monday postponed Tuesday's game against the Los Angeles Clippers.

The Staples Center matchup, which was to be the first game on the Lakers' home court since Lakers legend Bryant died in a helicopter crash Sunday, will be rescheduled for a later date.

"The decision was made out of respect for the Lakers organization, which is deeply grieving the tragic loss," the NBA said in announcing a postponement.

The next scheduled Lakers game is on Friday at Staples Center against Portland.

In the wake of the postponement, the Lakers made their first public comment since Bryant's death, thanking fans for support while acknowledging the heartache involved.

"The Los Angeles Lakers would like to thank all of you for the tremendous outpouring of support and condolences," the team statement said.

"This is a very difficult time for all of us. We continue to support the Bryant family and will share more information as it is available."

Lakers star Anthony Davis, averaging 26.5 points and 9.1 rebounds a game, unveiled the depth of the grief being felt over the tragedy in an Instagram posting Monday, noting how personal the loss of Bryant was after Davis had been mentored by the icon.

"Man this is a tough one for me!" Davis wrote. "You were the first guy to put me under your wing and show me the ins and outs of the league. Had so many great convos about so many things and I will cherish those moments forever. Love you forever, Bean!"

Bryant, his daughter Gianna and seven other people were killed in the crash in the suburban Los Angeles hills near Calabasas, California.

An outpouring of grief from fans and athletes worldwide has included thousands in Los Angeles who have gathered outside the arena and left items in tribute to Bryant, who retired in 2016 after 20 seasons with the Lakers.

Bryant is considered by many the most outstanding athlete from any LA sports team.

The Lakers own the second-best record in the NBA at 36-10, the best mark in the Western Conference.

Lakers star LeBron James overtook Bryant for third on the NBA's all-time scoring list in a loss Saturday at Philadelphia only hours before the fatal crash.

The emotions being felt around the league and especially in LA were on display when Clippers coach Glenn "Doc" Rivers fought back tears Sunday before his team's 112-97 victory at Orlando.

"The news is just devastating to everybody who knew him," Rivers said, his voice cracking as he wiped a tear from his right cheek.

"He means a lot to me obviously. He was such a great opponent. It's what you want in sports. He had that DNA that very few athletes can ever have -- the Tiger Woodses and Michael Jordans. Yeah, this is a tough one."

As difficult as Tuesday's game would have been on the Lakers, Rivers made it clear the Clippers were grief-stricken as well.

"Looking at my young players and seeing how devastated they are -- they knew him -- this is just shocking news for us," he said. "I have to go talk to a team before a game and tell them to go play -- and I can't."

Rivers paused and wept before struggling to continue.

"This is a great loss for the league. I thought he had so much more left to do and he was starting to do it. I had never seen him happier," Rivers said.

"Right now everybody is a Lakers fan. We're all Lakers right now."