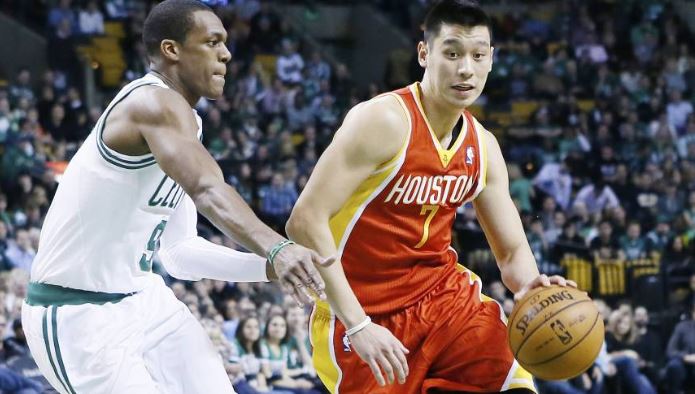 US basketball star Jeremy Lin could soon be turning his back on the States and donning the red and yellow shirt of his grandmother's birth nation China.

The Atlanta Hawks point guard, in Shenzhen to attend an all-stars charity match, was asked by Chinese reporters on Friday whether he would contemplate competing for China at the 2019 Basketball World Cup if given the chance.

"Yes, I will consider the offer if they (the Chinese Basketball Association) invite me to play for China,” the 29-year-old responded.

"I really get along well with (Chinese players) Guo Ailun, Zhai Xiaochuan and Ding Yanyuhang. I also had a chat with Zhou Qi, but we don't have too much time to mingle with each other.

"Though there are a lot of factors to consider, I can assure you that I will definitely consider playing for China. But there have been no concrete offers, so I haven't made any firm decisions yet," Lin added.

China will host the 2019 FIBA Basketball World Cup, which has been pushed back one year so as not to coincide with its FIFA counterpart.

Lin could be a shrewd addition to China's new-look squad if everything goes well.

He built his reputation as the NBA's most influential Asian American player in his crazy 2012 run, during which he went from being an unknown New York Knicks squad player to a household name in the US.

In a 10-game stretch when “Linsanity” began to capture the imagination of millions of basketball fans around the world, he averaged 24.6 points, 9.2 assists, 4.1 rebounds, and 2.4 steals while playing 38.5 minutes.

Since then "Linsanity" has faded. Lin joined the Houston Rockets for two years and moved to the Los Angeles Lakers for a season before helping the Charlotte Hornets get back to the playoffs in 2015-16.

Last year, he suffered a season-ending ruptured patellar tendon on opening night after a great year with the Brooklyn Nets, where he averaged 14.5 points and 5.1 assists per game. Last month, the Hawks completed a trade with the Nets to bring him to Atlanta.