NCPA stirs 'The Tempest' with Chinese production of Shakespeare masterpiece 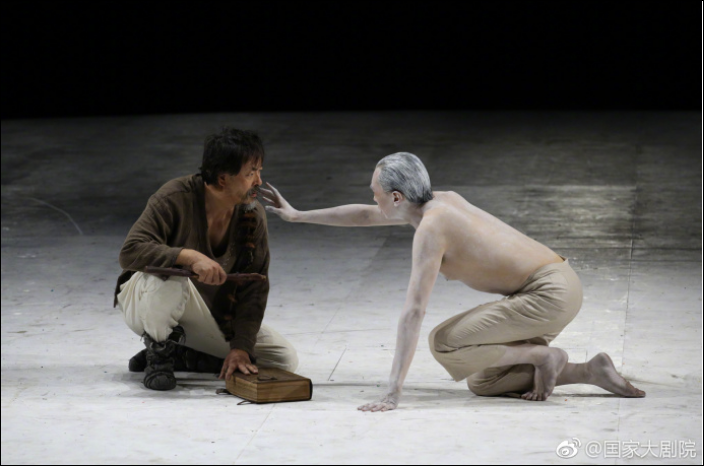 A still from "The Tempest". (Photo via Weibo)

"The Tempest", which is thought to be Shakespeare's last play, has been brought to the stage by the National Centre for the Performing Arts (NCPA) in Beijing. The production features an outstanding creative team with renowned British theater director Tim Supple as director and Chinese actor Pu Cunxin playing the lead role.

"The Tempest" follows Prospero, the exiled Duke of Milan and his daughter Miranda, who have been stranded on an island for many years after Prospero's brother Antonio jealously deposes him.

With the help of an elf, Prospero conjures a spell causing a terrible storm, which brings his enemies, including Antonio, to the isolated island.

"Pu brings to Prospero the depth of emotional experiences and feelings. He is a surprising actor, he makes everything constantly unpredictable, I think that's a very good quality on stage. He is one of the most sympathetic and thoughtful actors I've seen." said Supple.

This production uses a new translation from a project of the Royal Shakespeare Company called "Translation Plan for Shakespeare".

Launched in 2015, the project explores a new direction for Shakespearean translations, making them more suitable for dramatic presentation, helping the audience to better understand his plays.

The new translation, as Supple said, makes the play fresh and modern while staying true to the original meaning.

"The purpose of translation is to put Shakespeare into words closer to what you speak now in mandarin. So it's going to feel more fresh and modern than other translations. But the translation is very faithful to Shakespeare's original meanings," said Supple.

"This is the first time that I choreographed for a drama and worked with theatrical actors. It's a new exploration for me. Luckily, we found a way to make the moves fit in this play," said Wang.

"The Tempest" runs through August 15th at the National Centre for the Performing Arts.