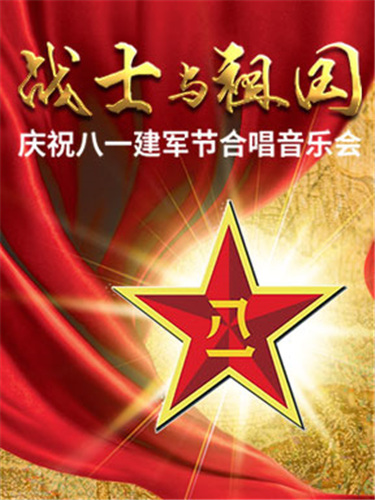 A poster for the concert [Photo/chncpa.org]

The National Center for the Performing Arts (NCPA) will broadcast a choral concert of military songs on China's Army Day, which falls on Aug 1.

To commemorate the 93rd founding anniversary of the Chinese People's Liberation Army (PLA), the concert, themed "Soldiers and the Motherland," will be conducted by the national A-list conductor Zheng Jian, and performed by the China NCPA Chorus.

The show, aimed at extending greetings to personnel of the PLA and the armed police force, will include nearly 20 military songs, such as a homonymic-themed song from the movie "Tunnel Warfare" and an interlude of the classic ballet "The Red Detachment of Women."

The NCPA has been reopened for public visits between Tuesday and Sunday as the COVID-19 epidemic situation in Beijing has improved.