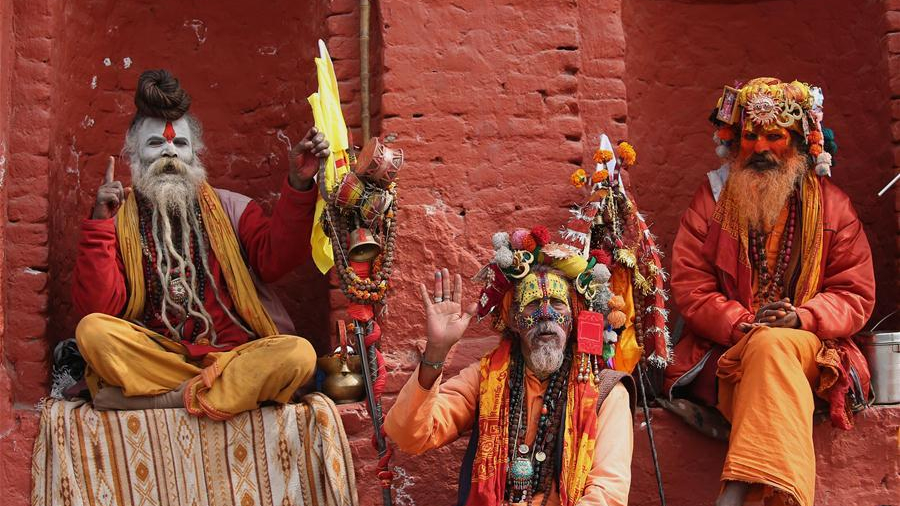 Hundreds of thousands of Hindu devotees from across the world thronged into Pashupatinath Temple on Friday to celebrate their biggest festival, Maha Shivaratri.

Shivaratri is celebrated annually in devotion of lord Shiva on a new moon day in the Nepali lunar month of Falgun by offering prayers to Shiva, who is regarded as the God of immense power and destruction.

The Hindu festival, which literally translates to "great night of Shiva" and is largely celebrated in Nepal as well as in India, marks a remembrance of "overcoming darkness and ignorance" in life and the world.

According to Pashupati Area Development Trust, it has expected the flow of at least one million devotees from Nepal and other countries at the holy shrine Pashupatinath temple, which is also a UNESCO World Heritage Site based in central Kathmandu.

"Though the major day is today, but the devotees will continue to visit the temple area for couple of days. We are expecting the flow of around one million people for this festival," said Pradeep Dhakal, member secretary of the Trust.

Stating that 1.1 million people had visited the temple in the festival last year, Dhakal informed that more than seven million Nepalese Rupees (about 60,900 US dollars) has been allocated for organizing the festival this time.

Over 4,000 security personnel have been mobilized in the area to manage the crowd.

The Trust informed that the main gates of the historical temple were opened at 3 a.m. Friday, while the devotees will continue to offer prayers throughout the day till midnight.

Nepal government provides a public holiday every year to mark the festival, during which the Hindu temples across the country are decorated with lights and colorful decorations.

Many Hindus also observe fast and meditate while lighting bonfires during night and perform prayers. They also sing hymns related to Shiva, his wife Parbati ,and their residence Kailash.

There are various myths behind marking of Maha Shivaratri among which, birthday of Lord Shiva and the marriage of Lord Shiva with Goddess Parbati are regarded as the major reasons of celebration.

Apart from the religious faith, one of the major attractions of Shivaratri festival is the visiting sadhus (sages) from across the country and from neighboring Indian states.

According to the Trust, this year around 5,000 sages of various clans have thronged the temple.

The sages will spend four to five days in the temple premise, while the Trust arranges their food, accommodation, and bid farewell to them with allowances.