Nearly 900 people twirled and stamped their feet to mariachi music in the Mexican city of Guadalajara to set a Guinness record for the world's biggest folk dance. Searing heat failed to dampen the enthusiasm of the 882 men and women, who turned up Saturday in traditional costumes featuring vivid embroidery and bright colors to break the previous record, also set in Guadalajara in 2011 with 457 participants.

"This new record shows that our traditions are continuing to spread among young people," Xavier Orendain, president of the Chamber of Commerce of Guadalajara and the event's organizer, told reporters.

Dancers were required to perform a choreographed routine for at least five minutes without interruption in order to qualify for the record, said Guinness judge Carlos Tapia.

Their outfits were also rated, he added, with male dancers wearing traditional "charro" suits featuring hats and neckties, while the women wore vibrant dresses, bold jewelry and ribbons in their hair. 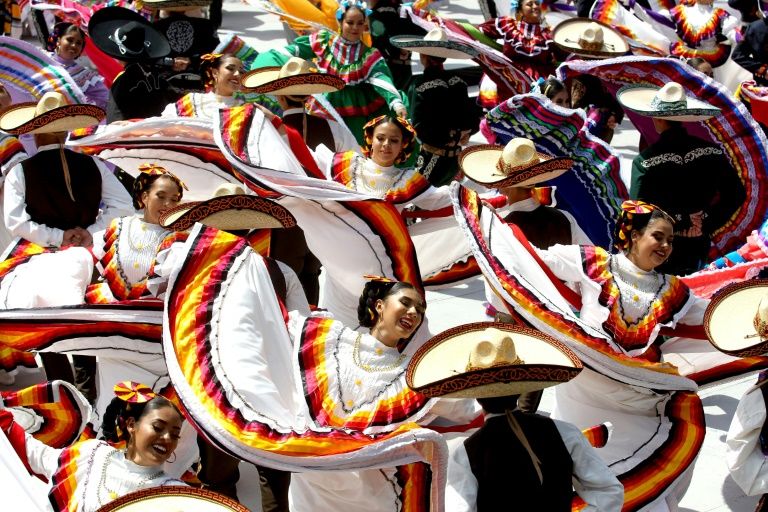 The dancers, who mostly belonged to folk ballet schools, moved to a mix of mariachi standards, dazzling audiences.

"It is impressive to see so much coordination and such a full expression of Mexican culture, it is the best," spectator Karla Gallardo, 24, told AFP.

"Yes, we can!" participants screamed with joy when the Guinness record was announced.