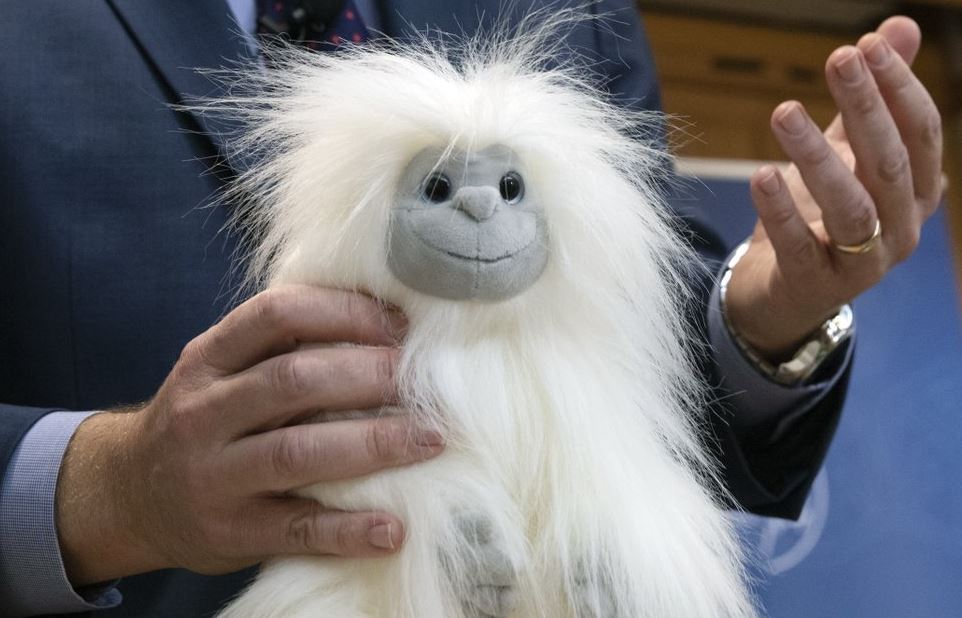 James Swartz, director of World Against Toys Causing Harm, talks about the dangers of a yeti teddy bear during a news conference unveiling the organization's list of worst toys for the holidays, Tuesday, Nov. 19, 2019, in Boston. (Photo: AP)

A Nerf dart gun, ice cream-scented Nickelodeon slime and a plastic Power Rangers claw are among the toys topping a consumer safety group’s list of worst toys for the holidays.

A realistic toy machine gun, a “pogo trick board,” a yeti teddy bear and a pull-along caterpillar toy for infants also made the list.

The Massachusetts nonprofit has been releasing the list for more than 40 years.

It says many of the products present choking, eye and other safety hazards frequently found in poorly designed toys. It also cites the products for having inconsistent and inadequate warnings labels.

The organization says the Nerf Ultra One gun, which is billed as firing soft darts up to 120 feet (37 meters), shoots the projectiles with enough force to potentially cause eye injuries.

It also says the warning label on Flybar’s Pogo Trick Board tells children to wear protection, but the product’s packaging features a child using the device without a wearing a helmet or other protection.

And the association notes that Nickelodeon’s Frozen Treats Slime includes mint chocolate chip, berry smoothie, and snow cone-scented versions of the goo even as it warns the products are made of harmful chemicals and shouldn’t be eaten.

The Toy Association, a toy industry trade group that represents most of the toy makers named on the list, dismissed the annual list as misleading. It suggests parents always purchase toys from reputable stores and online sellers.

“By law, all toys sold in the United States must meet 100+ rigorous safety tests and standards,” the organization said in a written statement. “On the other hand, W.A.T.C.H. does not test the toys in its report to check their safety; their allegations appear to be based on their misrepresentation or misunderstanding of the mandatory toy standards.”