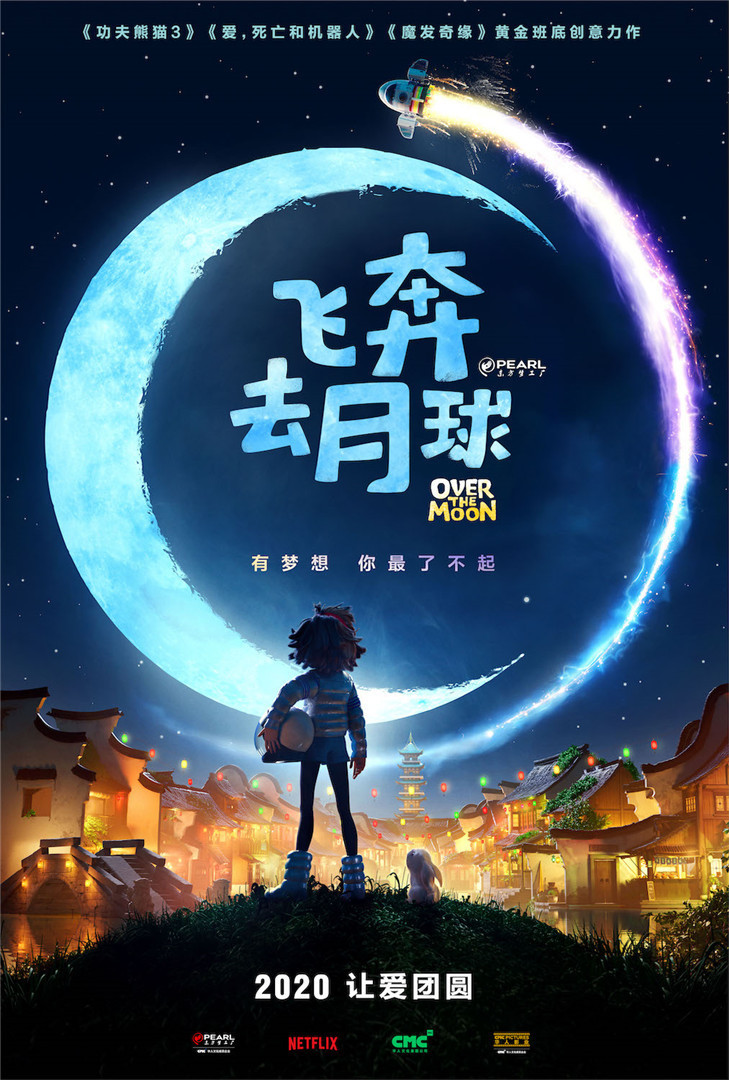 A poster of "Over the Moon." (Image courtesy of MicroEnt)

China's Pearl Studio is working with Netflix to produce and release a Chinese animated musical titled "Over the Moon."

The new film will be an animated family feature directed by the legendary animator Glen Keane, revolving around a girl who builds a rocket to travel to the moon in hopes of meeting Chang'e, the Chinese goddess of the moon.

"Over the Moon" is the first big Chinese production by Netflix. The other producers include CMC Inc. and CMC Pictures. Director Glen Keane is known for his work on "Beauty and the Beast"(1991), "Tarzan" (1999) and "Tangled" (2010). He won an Academy Award for his animated short "Dear Basketball" about the former NBA star Kobe Bryant, who died in a shocking helicopter crash earlier this year.

Pearl Studio, formerly known as Oriental DreamWorks, was founded as a Chinese-American joint venture in 2012 by DreamWorks Animation and Chinese investment companies to mainly produce Chinese-themed animated and live action films. In 2018, CMC acquired all the NBCUniversal stock in the studio. It is now a completely Chinese owned film company, but is still working with its former Hollywood partners.

Netflix will release "Over the Moon" sometime in the fall of 2020, which could coincide with China's Mid-Autumn Day holiday.