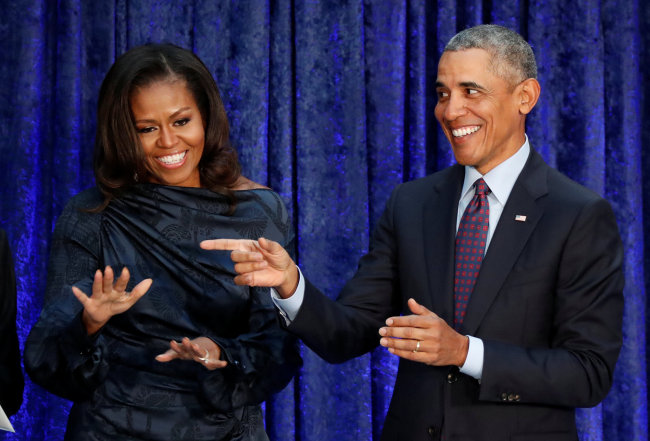 Former US President Barack Obama and former first lady Michelle Obama acknowledge guests during the unveiling of their portraits at the Smithsonian's National Portrait Gallery in Washington, DC, US, February 12, 2018. (Photo: VCG)

Directed by Steven Bognar and Julia Reichert, the documentary was joined by the former president and first lady's newly-formed production company shortly after its premiere at this year's Sundance Film Festival.

The film illustrates what happened when a Chinese company rescued a US factory, focusing on life and feelings of people involved in the Chinese-owned factory in post-industrial Ohio.

Following the camera, the primary fumbling of two cultures trying to get to know each other seemed charming, but cultural differences soon kicked in on the factory floor as Chinese and American workers both chafed under profit-related pressure from the top, with their reactions varied.

The latest film marks the first of Higher Ground's slate of upcoming releases, the former president and first lady's company previously announced a total of seven films and series that Barack Obama said will entertain but also "educate, connect and inspire us all."