CULTURE Netizens excite about birth of giant panda in US zoo

Netizens excite about birth of giant panda in US zoo

Netizens expressed happiness and excitement after giant panda Mei Xiang gave birth at the Smithsonian National Zoological Park in the US on Friday night local time.

The happy event has caused a sensation on social media platforms as the announcement of the new born posted by the zoo was shared 2,800 times and had 6,000 likes on Twitter as of Saturday. 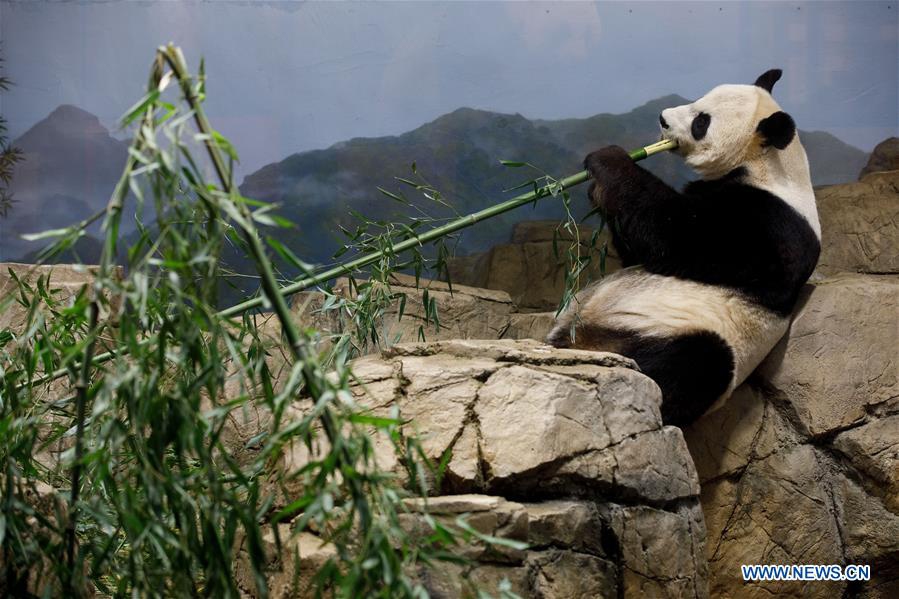 "Congratulations to all! The few seconds I have been able to get on the panda cam that cub has got a healthy pair of lungs!" commented an internet user on Twitter.

"New life during a difficult year. Wonderful!" said another internet user on Twitter.

Many watched the live-streaming on the zoo's "panda cam."

A video posted by the National Zoo, the zoo is commonly called, shows Mei Xiang attentively nursing and cuddling her newborn, which is her fourth cub since moving to the US in 2000. Her other cubs were returned to China in accordance with the contract between China and the National Zoo.

Mei Xiang is 22 years old and is the oldest giant panda to give birth in the US and the first in the country to give birth by artificial insemination, according to the zoo.

The animal care team reports that Mei Xiang and her cub appear to be doing well.

Some Chinese internet users worried about Mei Xiang's age and her living conditions in a small cage in the zoo's panda house seen in the video broadcast.

"This small concrete cell with a little straw on the floor is too small. Wish she could get back to China soon," wrote an internet user named suanmeizideweibo on Twitter-like Sina Weibo.

"I hope the zoo will do a good job in epidemic prevention," said an internet user known as xiaolajiao on Sina weibo.

Her age makes her "equivalent to a woman in her 70s. Isn't it cruel to have her artificial inseminated just to have more cubs?" said another on Sina Weibo.